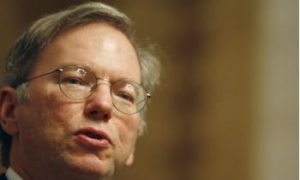 A recent article in the Economist, “China Buys Up the World,” takes an optimistic view of the Chinese regime’s going-global economic policy. That optimism is based on abstractions about how markets work, abstractions that mislead because they fail to take into account the reality of China’s economy.

The article does point out that some countries believe investment by Chinese enterprises may pose a threat to national security. The author believes, however, that Chinese firms “can bring new energy and capital to flagging companies around the world,” and that “China’s advance may bring benefits beyond the narrowly commercial.” The author urges that “the world should stay open for business.”

The article helps make the case for Chinese investment by noting that, in theory, the ownership of a business in a capitalist economy is irrelevant. When the owners of the company’s stock change, the managerial staff, the company operations, the products, and the consumers’ loyalty may not change much. Only the names of the individuals who receive bonuses have changed.

Nonetheless, foreign purchases of companies have tended to arouse nationalist sentiment, whether those are by Japanese firms making purchases in America in the 1980s or British Vodafone’s merger with Germany’s Mannesmann in 2000.

The Japanese automakers, though, have shown that foreign investment can be welcomed. They built factories in the United States, and Americans are now used to buying Hondas and Toyotas manufactured in Kentucky and Alabama.

Investment by foreign companies tends to stir nationalist feelings but that does not mean that all opposition to foreign investment rests on mere emotion.

Take, for example, the opposition to China’s Huawei Technologies attempt to purchase the U.S.-based 3Leaf Systems. U.S. Congress was worried that this purchase may be a threat to national security.

Huawei has received tens of billions of U.S. dollars from the Chinese state in the past few years and became one of the largest telecoms in the world. Congress has urged the Obama administration several times to review the risks of purchasing telecommunication equipment from China, believing that doing business with Huawei will harm the country’s safety.

Mr. Li Ruogu, chairman and president of the Export-Import Bank of China, claimed that the United States would reject on the grounds of national security every proposal from one of China’s state-owned enterprises to invest in the United States. Only investment in some private sectors has been allowed, and this has angered Beijing.

Beijing’s anger (and Beijing’s officials are skillful at using a show of anger to advance their interests) is reasonable if Chinese investment is similar in kind to that of other countries whose companies do invest freely in the United States. The truth, though, is China is not a normal capitalist country—it is not even a true market economy.

The “Dalai Lama Effect,” a study done at the University of Gottingen in Germany, documents how the Chinese regime interferes in economic activity. German researchers tracked the exports to China from 159 countries from 1991 to 2008, as published by the United Nations. The study found that if a country’s top leadership met with the Dalai Lama, Tibet’s exiled spiritual leader, that country lost on average 8.1 percent in exports to China in the two years following the meeting. The negative impact began in 2002, when President Hu Jintao took office.

The German study shows how the Chinese regime controls the Chinese economy to advance its political goals. The division between private companies and the state that is familiar in the United States hardly exists in China.

The private investments from individuals in China are mostly state-owned assets that have been embezzled by the princelings—the favored children of the Communist Party’s revolutionary generation. As for Chinese companies, which company can say that it is truly privately owned, without an official connection in the background, and when private property rights are not protected?

When Chinese companies offer to acquire a U.S. company, in effect the Chinese state is offering to buy that company.

It is not surprising that U.S. lawmakers would sound a warning.