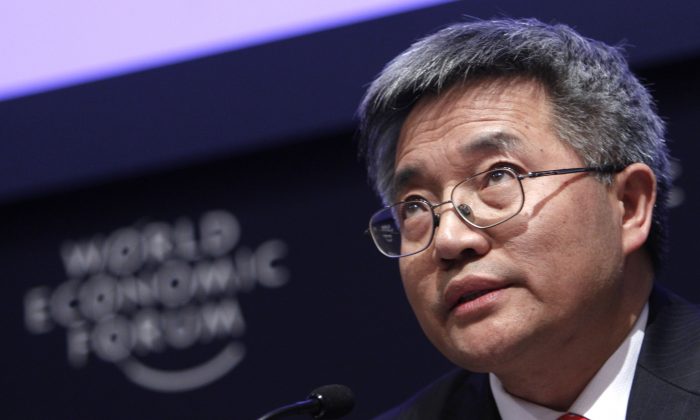 China’s economy is stalling. Its decades-old business model, driven by cheap exports and imitation, and dominated by state-owned enterprises (SOEs), has run its course. Many business leaders realize that they must become more innovative to become globally competitive. A recent reform plan, issued by the Central Committee of the Chinese Communist Party and the State Council, also proposes changes in SOE operations. But according to the following essay by Chinese economist Zhang Weiying, all these plans are not feasible in China’s present-day, deeply entrenched political climate.

Many Chinese people have the belief that once SOEs are traded on the stock market and have established holding companies with cross-shareholdership, China will have implemented the same market economy as Western capitalism. They also believe that with the separation of management and ownership, we will have entrepreneurs. Here are five reasons why I say this is impossible.

Under the present Chinese system, it is impossible to separate government influence from enterprise management. Do not believe that real separation of government and business can be achieved at the level of SOEs.

Back in the 1980s, the direction of SOE reform was to detach government from business. But at present, we still have not achieved this goal. Not only that, we cannot even separate the Chinese Communist Party (CCP) from enterprises, which would be relatively easier to do. There is no way for SOE executives to make decisions in accordance with the market.

In China’s SOEs there is no ownership authority or constraint, and therefore no pressure to innovate. In a market economy, members of a business must be innovative and strive to make the business a success because they are held accountable by the business owner.

But when you have government officials functioning as representatives of ownership, it is not possible to constrain or motivate those who are running the enterprise in the same way that capitalism does.

Management shortsightedness is another problem in China that is impossible to solve. All SOEs have the issue of being shortsighted. SOE leaders only think about short-term matters. They do not care about anything beyond three years.

We cannot have a successful, innovative business without a long-term strategy. Innovation is an ongoing process. It might take three to five years, or even a decade or two, for a product to develop from inception to market acceptance, or for an important technology breakthrough to happen. If an entrepreneur does not consider the long term, he is not running an innovative business in the real market economy.

Why don’t SOE leaders consider the long-term? Because they are appointed to their positions by government officials, based on standards that are unrelated to innovation and entrepreneurship or to long-term performance as business owners. Those who appoint the leaders do not appoint them for good performance, nor do they punish them for poor performance. SOE leaders’ positions are more dependent upon political factors and connections. The swapping of SOE leaders is one example of this.

I have said that in order for an SOE leader to stabilize his position, it is best for him to have a mediocre enterprise. Why? If you make the business great, people with better network channels will grab the position. Of course if it is very bad, with years of losses, that’s also a problem.

Here is an example: There is a very large state-owned company with five different branches. The leader of one branch was very capable. When this branch was at the bottom economically, he turned it into the No. 1 branch. Later, the company’s leader replace this branch leader with his secretary, who then turned this branch from the first position back down to the last. There are many such examples. So I say, it is not possible for SOE leaders to really make long-term goals.

What is a soft budget constraint? It means if income is less than the cost, the SOE enterprise still survives because it continues to get financial support from the government.

Since the 1980s, the Chinese government has been trying to implement hard budgets for SOEs, but it still has not happened. When an SOE has problems, the government must save it. The larger the enterprise, the greater the effort by the government. At present, SOE subsidies are still part of the government’s expense budget. Even some very profitable SOEs are getting tens of billions of yuan each year in so-called policy subsidies.

Another thing that is impossible to implement in China’s SOEs are checks and bounds between management and labor. In the 1980s, a lot of managers and employees worked in cahoots to continuously raise their wages and bonuses, dividing up SOE assets among themselves. This issue remains unresolved. Workers in SOEs, relying on monopoly conditions, are being paid higher salaries and wages than the market. In fact, part of their wages should be counted as capital gains, rather than income from labor.

In addition to these five points, the system of state-owned asset supervision also hinders SOEs from becoming innovative. After all, innovation is an unpredictable force; it can produce success and failure. What would happen if the innovation plan carried out by an SOE leader ended in failure?

If the government chooses to forgive you, the SOE leader will go through a lot of pointless activities, including purchasing patents from individuals, just to use up state money.

However, if anyone were to be held personally accountable if the innovation project failed, would any entrepreneurs get involved in that project? They would not. Even if they had 100 successes, one failure might result not only a disciplinary action, but even a jail term. There are such examples now.

Therefore, SOE leaders with a mind for innovation will not actually engage in innovation. Maintaining the status quo, rather than pushing innovation, is the most rational choice for China’s SOE leaders.

Zhang Weiying is a prominent Chinese economist and former head of the Guanghua School of Management at Beijing University. This article is an abridged and edited translation of a lecture Zhang presented at a forum titled The Era of Starting New Business: Capital and Entrepreneur. The full lecture manuscript was first posted on Sept. 23, 2015, on Sohu’s Business website.