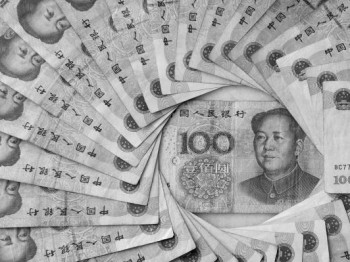 Why China’s RMB Must Appreciate Further

Continuing its 22 percent appreciation over the past six years, China’s currency, the renminbi (RMB) reached 6.4495 per dollar, the Foreign Exchange Trade System announced on July 22. Since the direct link (“peg”) to the dollar was ended in 2005, when 8.10 RMB were equivalent to one dollar, this is the highest exchange rate yet seen.

The Bureau of Statistics, at the same time, reported that China’s foreign trade reserve now stands at more than three trillion dollars.

The Epoch Times interviewed two analysts who have examined these statistics and attempted to discern their effects on the Chinese economy.

Dr. Jian Tianlun, a former employee of the People’s Bank of China and currently an economist in the U.S., has analyzed the recently published Article IV report on the Chinese economy by the International Monetary Fund (IMF).

A detailed analysis shows that in the past year, neglecting the impact of inflation, the RMB has actually depreciated by 2 percent with respect to China’s trade partners, but its value relative to the dollar has appreciated 8 percent.

Jian scrutinized the three methods the IMF used to value the RMB; they ranged from 3 percent undervalued to 23 percent. “So no matter which valuation methodology is used, it is still undervalued,” he says.

Jian believes that “The change in export structure due to changes in regional trade is the first reason for mainland China’s continuous increase in foreign trade reserves.”

Because the RMB has been undervalued for a long period of time, many investors predict that the RMB will appreciate; this prediction has caused them to invest in China. “No matter what you specifically invest in, the appreciation of the RMB alone will bring great investment returns.” This, Jian asserts, is the second reason for China’s ever increasing foreign trade reserve.

Jian said, “The third reason for the increasing foreign trade reserve is the internationalization of the RMB. China’s exports bring in dollars, but imports are paid for with RMBs; the foreign trade surplus results in an increased reserve of the dollar.”

Drexel University Business School Professor Frank Xie argues that the inflow of “hot money” brought in by the appreciation of the RMB did help drive the economy, but due to limits the Chinese Communist Party (CCP) placed on foreign investments, the scale of these investments is not very large.

In reality, much of the money is the Chinese people’s own money. Many corrupt officials move their illegally-gotten funds outside the country, and then redirect it back as so-called “hot money.” Hence the increase in foreign exchange reserves is mainly the side effect of the exports.

Why did the reform initiated in 2005 not have an effect? To answer this, Professor Xie believes, one must recognize that the fundamental cause is still the CCP’s manipulation of the exchange rate.

As Jian sees it, China’s major economic issues are that the RMB is undervalued and that interest rates are also very low (low interest rates prevent the RMB from appreciating too fast). Since the interest rate is lower than inflation, people all lean towards investing in real-estate, stocks, etc., which also increased the real-estate bubble. The undervalued RMB has caused problems for the Chinese economic structure, leading to wasted resources and other instabilities.

Jian pointed out that the best way to solve the problem of Chinese economy’s growth structure is to first significantly appreciate the RMB. This is only way to better utilize the resources and increase the portion of GDP coming from domestic consumption.

In summary, economist Dr. Jian Tianlun believes that the RMB may seem to be appreciating on the surface, but is still undervalued. Changes in China’s regional trade structure, expectation of high RMB appreciation, and the internationalization of the RMB are the three reasons behind China’s rising foreign exchange reserve. The most important task in solving China’s economic issues is to sharply appreciate the RMB.