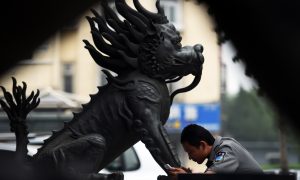 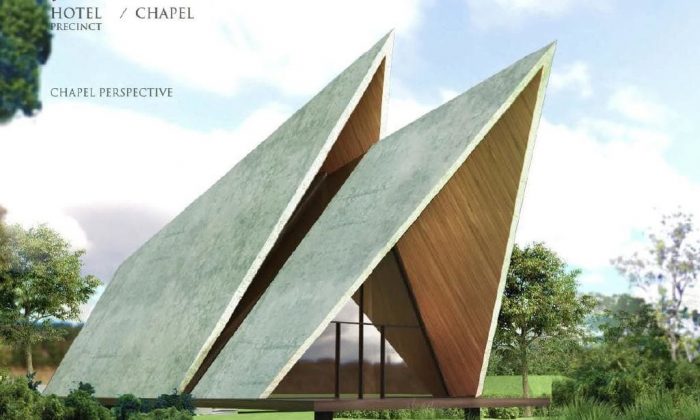 An undated artist impression of Ridong Group's Gardens of the World Project on the Gold Coast, Queensland, Australia. (Courtesy of Ridong Group)
Thinking About China

Why China’s Influence Is Closer Than It Seems

China makes no secret about wanting to become the world’s No. 1 superpower. The regime in Beijing is increasing its drive for world domination in every possible way, some obvious and some much more covert.

China plans to build a “community of common destiny for humankind,” partly through its One Belt, One Road initiative, and global governance, according to the East Asia Forum. China hopes this community will be an international market with deeper economic integration and political dialogue to help reduce conflict and bolster security.

The regime is also flexing its military muscle in the South China Sea and Taiwan Strait, and aggressively expanding its “soft power” influence through politics, business, property developments, education, and even pop culture to replace the United States as the most powerful country in the world.

Residents who recently attended a community meeting at Tallebudgera Community Centre on the Gold Coast in Queensland, Australia, expressed serious concerns about Chinese developer Ridong Group’s A$160 million ($114.3 million) Gardens of the World project on rural floodplains at the current Bellagio La Villa mansion in the Tallebudgera Valley.

There are grave community concerns that the 47-hectare (116-acre) garden, hotel, and event center development is too close to low-density residential areas and puts everyone at risk of flooding. According to the Save Our Southern Valleys community group, Ridong’s development application, lodged with the council in October 2018, shows land in the flood plain will be raised to create a levy, which would increase the risk of flooding of residential properties and businesses both upstream and downstream.

There are also fears that the Gold Coast City Council was hasty in giving tentative planning approval, due to the development application’s apparent disregard for community consultation on the project’s effect on the environment, wildlife, traffic, and future major flood implications. Council is considering the application, despite Gold Coast Mayor Tom Tate saying in November 2018 that there would be no development on the floodplain. This raises the question: Why is the council even considering the proposal in the first place?

Perhaps the development isn’t the real prize after all, as the Chinese Communist Party’s (CCP’s) United Front organizations, which help expand the CCP’s global influence, are widely known to use business opportunities, bonuses, and under-the-table payments to encourage influential groups or individuals to be more sympathetic to the CCP.

It seems the CCP will use both obvious and more subtle means to gain footholds in as many countries and in as many ways as possible, regardless of the ramifications for those countries and their citizens. Why should China attack a country when it can just buy?

The subsidiary of a privately owned Chinese company, Landbridge Group, in 2016 took out a 99-year lease on Darwin Port in the Northern Territory. After Australia’s former trade minister, Andrew Robb, helped this deal reach fruition, he quit politics to become a consultant for Landbridge.

Less than three years later, Landbridge is in deep financial trouble and struggling to repay interest on A$506 million ($360.8 million) it borrowed to pay for the lease. It isn’t far-fetched to imagine how happy the CCP would be to take over Landbridge and its lease to gain direct access to Australia.

Likewise, what guarantee is there that China won’t use its financial position to grow its influence and control within countries that finance projects in China through the One Belt, One Road initiative and are no longer able to repay their debts? That raises questions about Australia’s role in helping to fund China’s global expansion and also the consequences of keeping a top human-rights abuser as our biggest trading partner.

Some Australians feel China is not our problem and, as long as the Chinese are paying, it’s fine to blissfully ignore this supposed threat because it doesn’t concern us—they are so very wrong.

There is still confusion, especially from within the Australian-Chinese expatriate community, about the meaning of China as a country, due to many decades of Marxist propaganda. The word China doesn’t necessarily imply the Chinese people. China should be separated from Chinese authorities and, particularly, the CCP.

To this end, the CCP-backed Confucius Institutes are adding to the confusion by setting-up free or low-cost Chinese culture and language classes at Australian universities and high schools that repeat Beijing’s stance on sensitive topics such as human rights, Falun Gong, Tibet, and Taiwan independence, among others.

Western intelligence agencies have warned that the institutes are used as part of the Chinese regime’s apparatus to gain influence abroad, operating through the CCP’s Office of Chinese Language Council International, also known as Hanban. Confucius Institutes are accused of brainwashing young people into becoming supporters, promoters, and future leaders in the CCP, even though it only advertises as an educational organization to spread Chinese culture and language.

I have visited a local Gold Coast university where the Confucius Institute is established and influencing our very own Australian students. We now have 14 such institutes in Australia and they are rapidly expanding—a very worrying trend indeed.

Michael Kaff is an independent candidate running in the 2019 Australian general election for the federal seat of McPherson on the Gold Coast, Queensland. He was formerly a CPA accountant, Australian Army Reserve officer, and business/accounting trainer.