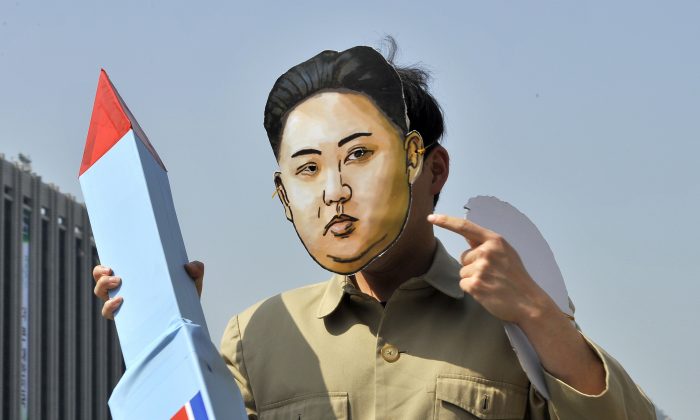 North Korea has been harassing its neighbors for quite a long time. For powerful countries, it is just like a ringworm problem. But because it has nuclear weapons and long-range delivery tools, plus the eccentric personality of its leader, North Korea has become a major problem in East Asia and the Asia-Pacific region.

In the 1980s, the CIA listed six global areas of conflict: the Korean Peninsula, the South China Sea, India and Pakistan, the Middle East and Israel, and Yugoslavia. Three of them have relatively direct relationships with China, and North Korea is the major one.

From a geopolitical point of view, China’s stance on North Korea can be listed as follows, in descending order of importance:

1. Maintain the current separation of governance of the Korean peninsula, making Korea a buffer between China and the United States.

3. Maintain the hostile relationship North Korea has with South Korea, Japan, and the United States.

4. Maintain North Korea’s political and economic dependency on China, so China can have a significant influence on North Korea’s domestic and foreign policy.

The United States also has its stance:

3. Avoid being involved in military conflict with China and Russia if the second Korean War breaks out.

If we go through the lists, we can understand the intricate relationship between China and the United States on the North Korea issue over the past decade.

Apparently, according to China’s intelligence information, North Korea’s nuclear weapons have yet to mature.

However, due to recent developments, the common ground of the two sides was suddenly strengthened.

First, both sides do not want to see the reunification of Korea.

For the United States, if North Korea disappeared, there would be a unified Korea, which may weaken the U.S.-South Korea military alliance. For China, the disappearance of the buffer zone may lead to direct confrontation with the United States.

For example, Pakistan’s nuclear weapons are North Korea’s technology. More countries having nuclear weapons will bring more potential danger to the world. Especially if the political situation of the nuclear-armed country is not stable, the risk will be much higher.

For China, North Korea’s nuclear weapons impose a much larger threat. It would be hard for North Korea’s atomic bomb to reach the United States, but it would be easy to bomb China.

The Chinese regime is really worried about the eccentric personality of North Korea’s leader, Kim Jong-un. Since he came to power, the 30-year-old leader has killed a number of his assistants, replaced the majority of the military generals, and adopted aggressive diplomatic policies.

The internal affairs of the country are getting worse, and people are in hardship. There is an increased chance of political upheaval inside the country.

It would be fortunate to have one successor to control the situation. But if the country got separated, then North Korea’s nuclear weapons would be a huge threat to China.

Obviously, the frequent nuclear tests and the unstable leader of North Korea make the second listed factor overwhelmingly important, even ranking ahead of the first factor.

Therefore, it is not surprising that China and the United States reached a common understanding last week to exert more pressure on North Korea in the UN Security Council.

China May Manipulate Battle for Successor

Nuclear and long-range weapons have a multiplying effect on the unstable North Korea problem, forcing neighboring countries to calm down and find a solution.

From the military, economic, and political points of view, it will not be a hard task for the U.S.-South Korea alliance to resolve the problem. If North Korea started a war, the U.S.-South Korea alliance could destroy North Korea’s nuclear weapons and launching facilities through sophisticated intelligence operations, and then deploy traditional military operations to win the war.

However, the result would be the unification of South Korea and North Korea, fulfilling the life-long dream of South Korea’s first president, Syngman Rhee. This is the first possibility.

The second possibility is for China and the United States to resolve the problem jointly. Through intelligence cooperation from both countries, they could wipe out North Korea’s nuclear weapons and then make use of different factions inside North Korea’s military forces and push Kim Jong-il’s eldest son, Kim Jong-nam as the successor.

In fact, China and the U.S. military have already had discussions and reached a common understanding of this issue. Rumors from Washington said that if North Korea became chaotic, the Chinese military would control North Korea’s nuclear weapons, and the United States would provide intelligence assistance.

For Kim Jong-un, the real threat comes from inside, especially from his own brother Kim Jong-nam.

This type of story has been repeatedly played in China over the past 2,000 to 3,000 years. The heir’s title was taken away, the heir then escaped to another place, and finally he returned to the imperial court.

In the twenty-first century, we might have the opportunity to see the ancient political drama again.