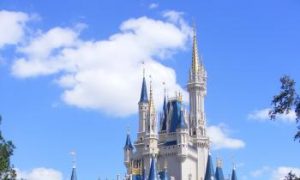 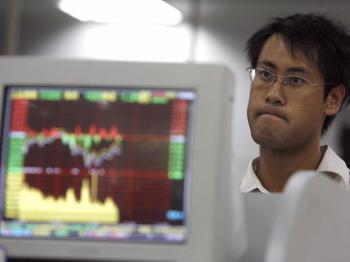 A man stands next to a monitor displaying the shares index at a securities company in Chengdu, in China's southwestern province of Sichuan, 29 August 2007. (Liu Jin/AFP/Getty Images)
China-US News

While communist China’s growing hostility toward the free world (as represented by the United States) is becoming more and more difficult to conceal, the trade and financial ties between the two countries are nevertheless stronger than ever.

Some wonder why China, as resentful as it is toward the U.S., has spent so much on purchasing U.S. treasury bonds.

The question remains whether and when China will dump American bonds as an extreme financial weapon. Chinese military officers once threatened to do so in the aftermath of earlier threats to fire 200 nuclear bombs at the U.S.

Beijing’s think-tank and pro-communist overseas media believe that dumping a small portion of the $800 billion in American bonds would cause economic turmoil in the U.S.—a blow almost as great as a nuclear bomb. Should that happen, they have speculated that the U.S. would be brought to its knees.

Some radical Chinese and government-hired bloggers have been cheering for this monumental prospect. They don’t really seem to realize that the large-scale purchasing or selling of American bonds is a commonplace practice in the American financial market. The Fed has been doing so to influence interest rates.

To predict whether China will dump American bonds, one must first understand the reasons why China has purchased and holds the bonds. Initially, China’s purchase was prompted by a need to have a higher foreign reserve than Taiwan, and thus, obtain stronger bargaining power in the international community.

Later on, party officials found out that buying foreign bonds was a convenient and effective way to embezzle state property, cash out, and accumulate hard currency. Since then, the hoarding has simply gone out of control. All these were either for the good of the one Party, or they were done out of myopia and ignorance. Dumping the bonds would no doubt damage their own interests, but would it achieve the goal of hitting the enemy hard?

The other top holders of American bonds are Japan, the U.K., the oil-exporting countries, the Caribbean, and Brazil. When China attempts to dump, who would be able and willing to buy the bonds? Who would help China exact vengeance on the U.S.? I don’t think any of these countries would.

So the result would be either the bonds would have no market, or the U.S. would buy them back. In the former scenario, the financial nuclear bomb simply becomes a bad flare. In the latter, China would be handing the bomb over to its target enemy. And of course, the U.S. would purchase the bonds only when the price hit rock bottom.

The return on American bonds usually ranges between 3 percent and 6 percent. If the U.S. buys the bonds at half price, it would be reducing its debt to China by half without having paid a penny.

But effective or not, if China were to use such a financial weapon, it would be like declaring war. The misguided action would cause the U.S. to drastically reduce, if not terminate, trade between the two countries. Then millions of Chinese businesses would be forced into bankruptcy due to the loss of American business.

When billions of workers are left jobless, the stability that Beijing painstakingly attempts to maintain would be even harder to achieve.

Even from China’s perspective, the over-purchasing of American bonds is not wise. Hoarding foreign currency may be justifiable if the gold standard is present, but the U.S. has been off gold since the 1970s. Apparently China’s leaders are influenced by the thinking of the 1970s. No doubt Beijing has realized this by now, but a little too late.

Furthermore, if the international demand for American financial assets is lowered, the interest rate will rise, and the American economy will benefit from it in the long run because the current crisis is a result of excessive borrowing.

By refusing to appreciate the value of the Chinese yuan and hoarding foreign currency to buy American bonds, China has been encouraging the U.S. to borrow too much. A depreciation of American bonds and an increased interest rate would help control borrowing behaviors and force Americans to be more cautious with their spending.

At any rate, China would not dare to dump American bonds because it is neither willing to, nor able.