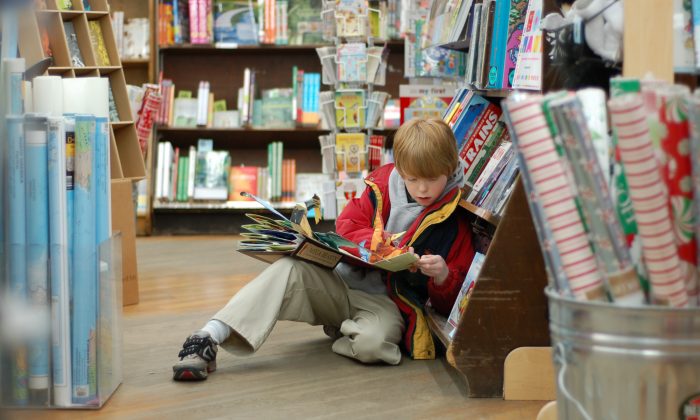 More than 75 percent of students who were allowed to select at least some of their books maintained or improved their reading levels. (Tim Pierce/Flickr, CC BY 2.0)
Education

Why Children Should Pick Their Summer Reading

At the end of the school year, districts often send stacks of books home with their students in the hopes of combating the “summer slide” in reading skills. This type of literacy loss hits low-income students particularly hard.

But a new study shows that these programs are significantly more effective with only a small tweak: Let the kids choose the books.

The study, conducted in kindergarten, first-, and second-grade classrooms in the Rochester City School District, shows that students who were allowed to choose their own summer reading saw lower levels of literacy loss over the summer months.

“The most popular book was an adaptation of Disney’s Frozen,” says Kelly, a fourth-year resident in the Medicine-Pediatrics program at the University of Rochester Medical Center. “Is that going to be the best literature in the world? No. But if it’s something that the children will actually read, then it’s going to lead to positive outcomes.”

Kelly conducted her initial study in 2013 when she arranged a book fair for 18 second-graders, who were allowed to select 13 books to bring home with them for the summer. When that class showed improvement over a control group that had their books selected for them, she expanded the project to several classes in 2014, measuring for differences based on what portion of books the students were allowed to select themselves.

More than 75 percent of students who were allowed to select at least some of their books maintained or improved their reading levels, compared to a one-month literacy loss seen in previous studies. No significant difference was seen in students who picked all of their own books, compared with a group that selected only some.

Starting with the summer of 2015, RCSD is now offering choice to all of its K-2 students, and the findings could prove valuable for other districts with low-income students as well, says Kelly. Previous studies have shown that the summer slide accounts for roughly 80 percent of the reading achievement gap between more and less economically advantaged children.

“Educational achievement is inextricably tied to health outcomes,” says Kelly. “Reading proficiency, in particular, is a critical skill and an important determinant of health.”