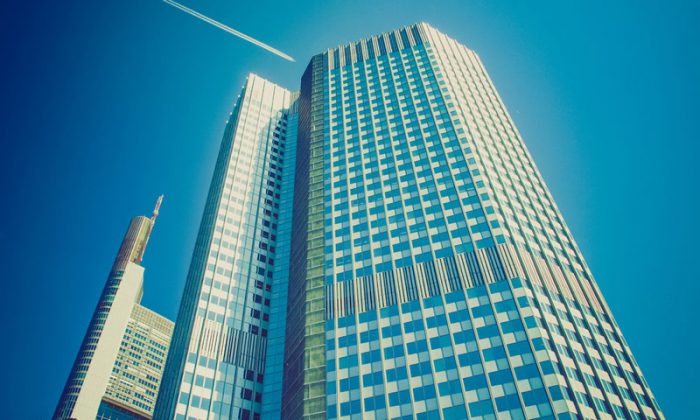 Today every central bank on the planet is printing money by the bucket loads in an attempt to stimulate their economies to escape velocity and a sustainable recovery. They are following Keynesian dogma that increasing aggregate demand will spur an increase in employment and production. So far all that these central banks have managed to do is inflate their own balance sheets and saddle their governments with debt. But make no mistake, central banks are not about to cease their confidence in the concept of insufficient aggregate demand. In fact, European Central Bank (ECB) President Mario Draghi is considering imposing negative interest rates to force money out of savings accounts and into the spending stream. Such an action is fully consistent with Keynesian dogma, so other central bankers will be impelled by the failure of their previous actions to follow suit.

Keynes’s dogma, as stated in his magnum opus, The General Theory of Employment, Interest and Money, attempts to refute Say’s Law, also known as the Law of Markets. J.B. Say explained that money is a conduit or agent for facilitating the exchange of goods and services of real value. Thus, the farmer does not necessarily buy his car with dollars but with corn, wheat, soybeans, hogs, and beef. Likewise, the baker buys shoes with his bread. Notice that the farmer and the baker could purchase a car and shoes respectively only after producing something that others valued. The value placed on the farmer’s agricultural products and the baker’s bread is determined by the market. If the farmer’s crops failed or the baker’s bread failed to rise, they would not be able to consume because they had nothing that others valued with which to obtain money first. But Keynes tried to prove that production followed demand and not the other way around. He famously stated that governments should pay people to dig holes and then fill them back up in order to put money into the hands of the unemployed, who then would spend it and stimulate production. But notice that the hole diggers did not produce a good or service that was demanded by the market. Keynesian aggregate demand theory is nothing more than a justification for counterfeiting. It is a theory of capital consumption and ignores the irrefutable fact that production is required prior to consumption.

Central bank credit expansion is the best example of the Keynesian disregard for the inevitable consequences of violating Say’s Law. Money certificates are cheap to produce. Book entry credit is manufactured at the click of a computer mouse and is, therefore, essentially costless. So, receivers of new money get something for nothing. The consequence of this violation of Say’s Law is capital malinvestment, the opposite of the central bank’s goal of economic stimulus. Central bank economists make the crucial error of confusing GDP spending frenzy with sustainable economic activity. They are measuring capital consumption, not production.

The credit expansion causes capital consumption in two ways. Some of the increased credit made available to banks will be lent to businesses that could never turn a profit regardless of the level of interest rates. This is old-fashioned entrepreneurial error on the part of both bankers and borrowers. There is always a modicum of such losses, due to market uncertainty and the impossibility to foresee with precision the future condition of the market. But the bubble frenzy fools both bankers and overly optimistic entrepreneurs into believing that a new economic paradigm has arrived. They are fooled by the phony market conditions, so bold entrepreneurs and go-go bankers replace their more cautious predecessors. The longer the bubble lasts, the more of these unwise projects we get.

Another chunk of increased credit goes to businesses that could make a profit if there really were sufficient resources available for the completion of what now appears to be profitable long term projects. These are projects for which the cost of borrowing is a major factor in the entrepreneur’s forecasts. Driving down the interest rate encourages even the most cautious entrepreneurs and bankers to re-evaluate these shelved projects. Many years will transpire before these projects are completed, so an accurate forecast of future costs is critical. These cost estimates assume that enough real capital is available and that sufficient resources exist to prevent costs from rising over the years. But such is not the case. Austrian business cycle theory explains that absent an increase in real savings that frees resources for their long term projects, costs will rise and reveal these projects to be unprofitable. Austrian economists explain that a declining interest rate caused by fiat money credit expansion does not reflect a change in societal time preference — that is, society’s desire for current goods over future goods. Society is not saving enough to prevent a rise in the cost of resources that long term projects require. Despite central bank interest rate intervention, societal time preference will reassert itself and suck these resources back to the production of current goods, where a profit can be made, and away from the production of future goods.

No Escape From Say’s Law

No array of bank regulation can prevent the destruction of capital that becomes apparent to the public through an increase in bank loan losses, which may reach levels by which major banks become insolvent. Bank regulators believe that their empirical research into the dynamics of previous bank crises reveals lessons that can be used to avoid another banking crisis. They believe that banker stupidity or even criminal culpability were the underlying causes of previous crises. But this is a contradiction in logic. We must remember that the very purpose of central bank credit expansion is to trigger an increase in lending in order to stimulate the economy to a self-sustaining recovery. But this is impossible. At any one time there is only so much real capital available in society, and real capital cannot be produced by the click of a central bank computer mouse. As my friend Robert Blumen says, a central bank can print money but it cannot print software engineers or even cups of Starbucks coffee to keep them awake and working. Furthermore, requiring banks to hold more capital — which is the goal of the latest round of negotiations in Basel, Switzerland — is nothing more than requiring stronger locks on the barn door, while leaving the door wide open. Closing the door tightly after the horse is gone still means the loss of the horse. Why would an investor purchase new bank stock offerings just to see his money evaporate in another round of loan losses?

The governments and central banks of the world are engaged in a futile effort to stimulate economic recovery through an expansion of fiat money credit. They will fail due to their ignorance or purposeful blindness to Say’s Law that tells us that money is the agent for exchanging goods that must already exist. New fiat money cannot conjure goods out of thin air, the way central banks conjure money out of thin air. This violation of Say’s Law is reflected in loan losses, which cannot be prevented by any array of regulation or higher capital requirements. In fact rather than stimulate the economy to greater output, bank credit expansion causes capital destruction and a lower standard of living in the future than would have been the case otherwise. Governments and central bankers should concentrate on restoring economic freedom and sound money respectively. This means abandoning market interventions of all kinds, declaring unilateral free trade, cutting wasteful spending, and subjecting money to normal commercial law, which would recognize that fiat money expansion by either the central bank or commercial banks is nothing more than outright fraud. The role of government would revert to its primary, liberal purpose of protecting life, liberty, and property and little more.

Patrick Barron is a private consultant in the banking industry. He teaches in the Graduate School of Banking at the University of Wisconsin, Madison, and teaches Austrian economics at the University of Iowa, in Iowa City, where he lives with his wife of 40 years. Republished from Ludwig von Mises Institute under Creative Commons License 3.0.

*Image of “ECB” via Shutterstock