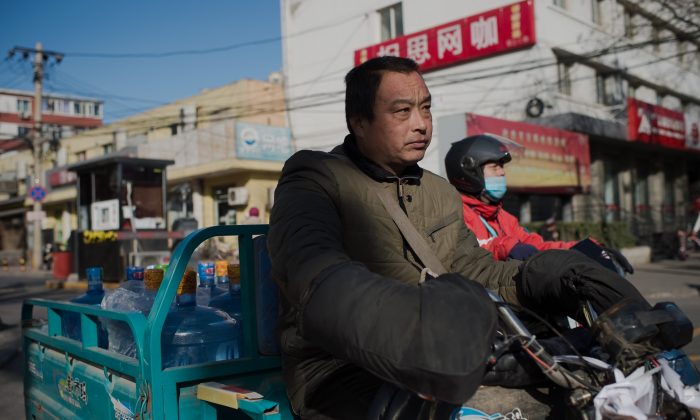 During a sea battle in 1571, a Turkish general hid 150,000 gold coins in the cabin of his warship. He was defeated, and his entire wealth ended up at the bottom of the sea. Why did he bring along all this gold when going off to war? There was no property protection in Turkey back then. People’s belongings could be stolen or confiscated at any time.

Scottish economist Adam Smith, in his now classic book “An Inquiry Into the Nature and Cause of the Wealth of Nations,” first published in 1776, made a comment that still holds true today: “In a rude state of society… The individuals, who hoard whatever money they can save, and who conceal their hoard, do so from a distrust of the justice of government, from a fear that if it was known that they had a hoard, and where that hoard was to be found, they would quickly be plundered.”

This now brings me to China’s present economic situation and the need to address private property protection that was recently laid out by senior Chinese officials in a published document.

How important are property rights?

The right to own property is the cornerstone of a healthy economy, the foundation of trust, the premise for innovation, and the key and prerequisite for understanding economic growth since the time of the Industrial Revolution.

U.S. financial expert William Bernstein, in his best-selling book “The Birth of Plenty, How the Prosperity of the Modern World Was Created,” attributes this rapid economic growth to four factors: property rights, scientific rationalism, capital markets, and efficient communication and transportation systems. He argues that a country can only prosper when all four factors are in place. Moreover, he ranks property rights at the top. In his view, the protection of private property is the very premise and foundation of an economy.

Being able to own wealth motivates people in their pursuit of success and happiness. Whether a country has laws that allow citizens to acquire wealth, and provides legal protection for this wealth, is not only of great importance to the well-being of the individual, but also vital to the development of society as a whole.

In his 1981 book “Structure and Change in Economic History,” renowned economist Douglass C. North states that by comparing economic effects of different social systems over a long period of time, he discovered that countries that guaranteed property rights and provided a predictable solution to economic disputes, create an optimal environment for economic development. The rise and fall of Western powers, and the ups and downs of modern countries, have proven this point: countries that protect private property rights can overcome various traps in the process of development. Britain and the Netherlands surpassed France and Spain in the 17th century mainly because of their effective recognition of property rights and their robust political and legal systems.

In China, where state ownership predominates, the development of a property rights protection system has not been easy. The conception of a free market economy, private property rights, and the introduction of property laws, are steps that require the hard work and lofty ideas of many individuals.

The provision of laws in China means that property rights are not, in reality, being properly protected. We can see that in actuality there are still many deficiencies in the protection of property rights, especially in the protection of private entrepreneurs. During the past years, some entrepreneurs under investigation, even when proven innocent, found it difficult to continue running their businesses, and in some cases their assets were even seized. With irregular business practices being the norm in China, entrepreneurs live in constant fear of punishment. This environment has become a big factor in Chinese entrepreneurs’ lack of trust in long-term economic prospects.

The recently published document specifically mentions these prominent issues: The use of state power against private property rights, and frequent illegal sealing, seizure, and freezing of private property. It also stresses the need to protect the various forms of economic entities as well as citizens’ property rights according to law and to enhance people’s sense of confidence regarding the security of property and wealth.

As China is determined to become an innovative economy, the importance of property rights protections is more urgent than ever. Negative expectations in regards to property rights have an unprecedented impact on China’s future. The key to whether China can become a country of innovation is tied to the respect of property rights and the rule of law. It is the premise and key of China’s successful economic transformation.

This is an abridged translation of Ma Guangyuan’s Chinese article, posted to his public WeChat account on Nov. 30, 2016. Ma Guangyuan is a well-known independent economist in China. Ma appears as a financial commentator on China Central Television, and his columns have been published in Financial Times Chinese, Southern Weekly, and elsewhere.