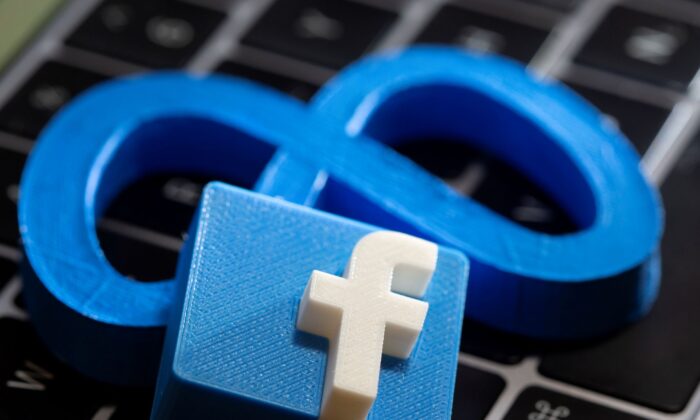 A 3D-printed Facebook's new rebrand logo Meta and Facebook logo are placed on a laptop keyboard in this illustration, taken on Nov. 2, 2021. (Dado Ruvic/Reuters)
Viewpoints

Why Are US Hospitals Sending Sensitive Data to Facebook?

Data is the new oil. Every second, a person creates roughly 1.7 MB of data. Not surprisingly, there is a concerted effort from Big Tech companies to mine data flows and drain us dry.

One such company is Meta, more commonly known as Facebook, a company known for violating users’ rights repeatedly and without remorse.

According to a recent Markup report, a tracking tool installed on dozens of hospitals’ websites “has been collecting patients’ sensitive health information—including details about their medical conditions, prescriptions, and doctor’s appointments.” Rather alarmingly, this sensitive information has been sent to the data gurus in Silicon Valley.

Last year, as you might recall, Facebook changed its name. Different name, same problems. The change was merely aesthetic—more marketing savvy than a change of actual substance. In reality, Meta appears to be no less trustworthy now than it was prior to the name change. After all, the unethical and downright illegal behavior that was so rampant a few years ago is still going strong today.

This brings us back to Meta Pixel, the abovementioned ad-enabling tracker. This tracker has been used, up until very recently, to send “Facebook a packet of data whenever a person clicked a button to schedule a doctor’s appointment,” according to the Markup team.

Such data packets create an “intimate receipt” of a user’s activity. Moreover, all the data sent is connected to a user’s IP address, a unique string of characters that identifies a device’s address. The tool, as authors at Reclaim the Net have noted, “redirects patients’ private data without consent.” This is a blatant violation of both state and federal laws.

I’m sure some readers will be shocked—and for a good reason. Right now, your hospital, including Mark Zuckerberg’s hospital in San Francisco, may very well be sharing your personal data with Facebook/Meta, a known violator of user privacy. Sadly, this violation has been occurring for years.

Even more worryingly, Facebook isn’t the only Big Tech player with its digital fingers in the data-laden pie. Today, Big Tech and Big Medicine are engaged in a team effort to familiarize themselves with you, the customer/patient, collecting inordinate amounts of data before targeting you with very specific ads.

Last year, in a piece for the New York Post, I discussed Google, another Big Tech company with a questionable past. In 2019, after signing an agreement with St. Louis-based Ascension, one of the largest private health care companies in North America, Google launched Project Nightingale. This deal granted Google unfettered access to tens of millions of patients’ personal information, including their names, addresses, places of employment, lab results, various diagnoses, and hospital records.

Even more alarmingly, as I noted in the piece, “at no time did Ascension or Google make an attempt to inform the patients or ask for their consent.”

The year 2019 saw more than 36 different U.S. hospitals partner with Big Tech companies for two main reasons. As the author, Jenna Tsui, noted, “These institutions all want to take advantage of at least one of two resources these technology companies provide—cloud data storage to support new health record systems and cutting-edge data analytics.”

Data is the game, and Big Tech companies make the rules. Desperate not to miss out on the highly lucrative craze, other Big Tech behemoths such as Amazon and Microsoft have entered the dataverse.

Not to be outdone, Apple has also entered the mix. The tech giant now acts as an intermediary, allowing users to share their health app data with their physicians. Tim Cook, the company’s CEO, previously promised to make public health services Apple’s “greatest contribution to mankind.” A comforting thought for some readers, I imagine.

Then, there’s Microsoft, another company of questionable standing. It recently partnered with Truveta, a data platform initiated by 14 different health systems.

Nothing is sacred anymore, not even your medical history. We are in the midst of a data-driven revolution. By 2030, as authors at WPP, a London-based tech company, have cautioned, “data will define the relationships between things, people and places, and decide much of our experience.”

Data—or, more specifically, the weaponization of data—already influence our actions and behaviors. A few years from now, it may very well control them. Make no mistake about it; Big Tech companies are using our data against us.

What’s being marketed as “care” and “assistance” is much closer to exploitation. Profit is the aim, and the only way these companies can make a profit is by collecting your data and exploiting your insecurities, your deepest desires, and your deepest fears.

Are you concerned that your hospital is sharing your data without your consent? Well, you should be. Why not pick up the phone and get an answer? After all, it’s your right, as an American citizen, to ask this question. More importantly, it’s your right to get an honest answer.