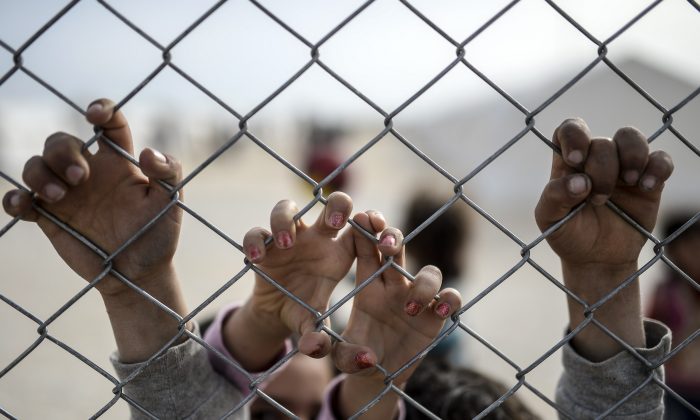 Why Are the Gulf States so Reluctant to Take in Refugees?

Europe’s reaction to the refugee crisis has hardly been a calm and considered one; with fences erected and border controls reinstated, the continent’s governments are struggling to agree on a response.

But at least Europe’s governments are acting. In the Middle East, things are rather different. In particular, the Arab Gulf States are catching serious flack for their response to the crisis—or rather, their failure to respond.

One big question is reverberating in the minds of the general public, expert observers, and policy-makers; why have the Gulf states, who are among the richest countries in the world, not taken in any Syrian refugees? There’s no need to rewrite the commentary that’s already out there: many articles have provided useful statistics and background information on the international conventions and treaties the Persian Gulf countries are signed up to, and their failure to honor them.

What all this misses, though, is the general lack of social justice and a social welfare ethos in the Persian Gulf and Middle East in general. This is a complex story about the mindset of a region in disunity and disarray.

The absence of social consciousness particularly among governing bodies and ruling elites which sparked the Arab uprisings in 2011 is still very much a problem across the Middle East. The Persian Gulf’s governments are resolutely parochial, and continue to insist on taking in migrant workers but not refugees. That is a sad measure of their political immaturity. These governments have long forgotten the ideals of social citizenship and political unity which animated the liberation movements of the decolonization era.

The Gulf states have always been monarchies dominated by tribal lineages, which the oil windfall of half a century ago helped to protect through the mirage of modern consumerism.

This unhappy reality does not trump responsibility. For all their unpleasant rhetoric and sometimes dire performance in recent weeks and months, European countries are not any more responsible for the plight of the Syrians than the Gulf states are, even if they do have laws in place to protect refugees and asylum seekers.

There are many reasons why the Gulf states should take in Syrian refugees. These are rich nations with plenty of resources; they share similar cultural and linguistic backgrounds to many of the refugees; they are in part responsible for the turmoil in Syria (not least since some Arab Gulf countries have funded the factions fighting against Bashar al-Assad’s regime); and they are formally responsible as members of various other Arab states’ groups to take in Arab refugees.

But the Gulf States apparently believe that they have been benevolent enough with the rest of their Arab neighbors—Egyptians, Syrians, and Lebanese, for example, have all been granted work permits over the years and allowed to live in Gulf territories—that their generosity has been extended far enough.

Gulf countries have become increasingly preoccupied in the last decade with migrant labor control and nationalization strategies. These strategies were aimed at protecting the rights and privileges of their indigenous populations, who are outnumbered by the huge swathes of Arabic and South Asian populations coming to work and settle in the Arab Gulf.

This is a major social and demographic issue, and the Gulf countries do not want to further outnumber their indigenous populations by accepting yet more settlers.

But there is something else that commentators are missing: the Gulf region has built its modern reputation on being a pristine, consumerist heaven. This is the land of large spotless highways, sports cars, massive malls…

Refugee camps would tarnish this perfect landscape, which must remain appealing to foreign investors and Western tourism. Besides, the argument goes, isn’t sending money to the refugees who’ve ended up in far-flung, less wealthy countries like Lebanon and Jordan enough?

With the exception of Yemen, Iran, and to a certain extent Oman (which has often tried to maintain a neutral political stance), the Persian Gulf states form a strong and high-profile clique, the Gulf Cooperation Council. They see themselves as a cut above the countries of the Levant and North Africa, the now largely derelict cradle of Arab civilization.

But the idea of social responsibility for human beings, it seems, just doesn’t move these states to action. Instead, their sanitized response of giving work permits to migrants is a stark illustration of their misplaced generosity.

Of course, the Gulf does not have a monopoly on diplomatic hypocrisy; far from it. Were the Syrian refugees not primarily Muslim, would the rest of the world have reacted differently? Is Europe afraid of taking in more Muslims too? Why did we not hear such calls when the Iraqi Christians were fleeing their home country after ISIS arrived?

Still the challenge in the Gulf is very particular. Being politically relevant means getting your hands dirty. The Gulf states will not be able to maintain their sanitized approach to the ever-expanding quagmire engulfing the region. Inaction can only be understood as simply not caring about a humanitarian crisis on their doorstep.

Rana Jawad is a lecturer in social policy at the University of Bath. This article was previously published on TheConversation.com