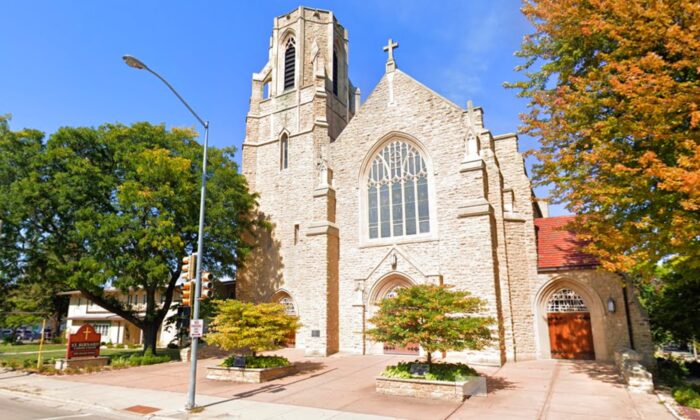 Why Are So Many Americans Renouncing Their Faith?

He’s a fully fledged Catholic. The 36-year-old has fully embraced Christianity. At the same time, however, millions of his fellow Americans are going the opposite way, renouncing their faith in record numbers. The United States is having a crisis of faith.

The question, however, is why?

There are now 62.1 million Hispanics living in the United States. This group, which represents close to one-fifth of the country’s total population, is known for its deep religiosity. However, the religious landscape is changing, with atheism and agnosticism on the rise among people of Latin American descent.

In truth, this rise in religious indifference isn’t unique to Hispanics. It’s a much broader issue. In 1999, 70 percent of Americans belonged to a church; 20 years later, 50 percent belonged to a church. Today, 47 percent regularly attend a house of worship. Less than a decade from now, one-third of Americans won’t have any religious affiliation. By 2050, the unaffiliated are expected to grow to 26 percent of the country’s population, according to Pew Research Center.

There’s reason for concern. After all, numerous studies have found that the devout are less likely to suffer from depression and anxiety. Last year, a peer-reviewed study outlined how intrinsic religiosity acts as a buffer against depressive episodes. Moreover, religious belief is strongly linked to happiness, and conservatives tend to be considerably more religious than left-leaning individuals.

However, all isn’t rosy among conservatives either. Five years ago, less than 20 percent of conservatives said they had no religious beliefs. Today, that figure is closer to 30 percent. As the United States becomes increasingly irreligious, important questions need to be asked.

Religion influences people’s morals and values. Our morality—the very principles that determine how we live our lives—comes from religion. That’s bad news for the United States. According to a recent Gallup report, only 1 percent of Americans rate the country’s morality as “excellent.” At the same time, 50 percent of Americans rate (a record-high) “the overall state of moral values in the U.S. as poor,” the report notes. To compound matters, belief in a higher power is at an 80-year low.

Religious belief is something that transcends cultures, languages, races, and politics. In short, religious belief is of vital importance to human beings regardless of their race or nationality, and it appears to be closely aligned with our sense of right and wrong.

In a 2015 study published in Politics and Religion, academic Ingrid Storm analyzed data from the European Values Study, a large-scale, cross-national survey on basic human values. Storm found a strong link between religious belief and moral values. She also found that those who scored lower on religiosity were more likely to condone abortion.

Social scientists Sam Hardy and Philip Schwadel wrote last year that religion acts as a moral foundation for billions of individuals around the world. It has served this purpose for thousands of years.

In a 2019 survey, Hardy and Schwadel highlighted that 44 percent of Americans said belief in a higher power was necessary to be moral and have “good values.”

They then discussed how religion influences an individual’s moral framework “through multiple pathways.” Belief in God “fosters habits such as church attendance and prayer, and provides a web of social connections,” they wrote. The last point is key. When people are closer to their community, they’re more likely to behave appropriately. Call it peer pressure, call it a product of evolution, call it being a good citizen, call it a religious duty. Call it what you will, but this sense of cohesion is the glue that holds society together.

Of course, many argue morality is possible without religion. This is called secular morality. However, George Mavrodes, an American philosopher who died in 2019, argued that secular morality was incompatible with a healthy, high-functioning society. Commenting on the late philosopher’s ideas, two researchers—Damianus Abun and Riza Cajindos—had this to say: Mavrodes “challenged all those who deny the relationship between religion and morality.”

According to Mavrodes, without a “fundamental basis for morality … morality is bound to fail.”

Because rules based on secular ethics lack certain ingredients, a “fundamental motive.” In short, secular beliefs are too superficial. They lack the “metaphysics and a basis for values and obligations.” Our belief in sin and salvation and “life after death” acts as a “basis for our morality.”

As society becomes more atomized and the fragmentation of various groups and communities continues to grow, we must ask ourselves the following: What comes next? We now live in a time where solipsism reigns supreme. Solipsism isn’t compatible with morality. The moral landscape of yesterday—say, 25 years ago—is very different from the moral landscape of today. That sense of “we” has been replaced by the appetites and cravings of “me.” The afterlife can’t compete with “my life.” Morality can’t compete with the lure of immorality. Why worship a god when you can be worshipped like a god?

The United States, now defined by anger and suspicion, is deeply divided. As increasingly more Americans forgo the idea of a higher power, that something bigger (far bigger) than themselves exists, will this divide become more or less severe? One needn’t be a genius to answer this question with a high degree of certainty.