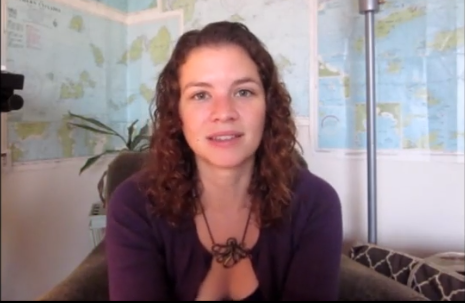 Why Are People Applying to Go to Mars and Never Come Back?

Over the past two-plus weeks, more than 78,000 people around the world have applied to be the first people to settle on Mars.

One-minute videos with people explaining why they want to go and why they should be chosen to go have come from more than 120 countries, though the majority have come from the United States and China.

Ultimately, 24-40 people will be chosen by the nonprofit Mars One and begin training in 2015. After seven years of training four of these people will hypothetically leave Earth to be space pioneers, settling on Mars. Every two years after that, four more will follow.

Here are some of the applicants explaining why they want to be part of the first mission to Mars.

“I’m an adventurer, an explorer, and I grew up in a sci-fi living household, so I’ve always dreamed of being an astronaut and being able to explore new planets. I want to go to Mars so I can learn so many amazing things, and share it with Earth to help inspire people to want to continue exploring space and push the boundaries of human knowledge, and what we can achieve.

“Why I want to go to Mars? Because there is an end for the Earth, and human beings need a new place to survive. If I go to Mars, I survive.”

“The idea of space traveling and discovering new places is fascinating. I’m a candidate because I’m a very courageous guy, I’m quick to learn. I love teamwork, and it’s important for humans to be able to co-exist in Mars.”

“I often fantasize to just get on board a spaceship and go, to explore the universe. I often get the feeling that I don’t belong here, but up there, in space.”

“I want to devote my life to knowledge, humanities, and science. I want to contribute to the greater good of humanity, and to tackle scientific discovery, with the itch to seek and to preserve information as my motivator.”

“I’d like to go to Mars because I think it’s the explorer’s golden ring for the next 25-30 years, and I would like to be a part of that experience.”

“Why would I leave Earth to go live on another planet, never to return? Birds eating in the forest; beautiful sunset; walking on the beach, warm sand beneath your toes. A thousand experiences I will never have again. I believe that in order to be OK with leaving all that forever, you need to love and cherish all those things and be OK to go anyway, because not going would be the real tragedy.”

“I want to be part of this mission to carry on an ancient human tradition, and that is to explore and to expand our species. I essentially want to serve humanity by becoming part of the next generation of pioneers of knowledge. And a colonization of another planet is the biggest step that humanity has ever taken in that direction, and I want to be part of that.”

I believe that the purpose of humankind is to reach every corner of the universe, to know the truth of our existence, why we are here, who created us, Mars One is a small step toward reaching to the answer, and I want to contribute in this.”

Ariel, 27, from China and living in the United States

“Why wouldn’t I like to go to Mars? I have been dreaming of a moment like this my entire life. Who wouldn’t want to go into space? Space is awesome, and it would be amazing if I could live on Mars.”

“I work extremely well with others [as seen in earning the title “Canada’s Greatest Know-it-all” on a television series), in any group dynamic. I’m a dedicated space enthusiast [including having worked as a spacecraft systems engineer on 6 Canadian space missions and a PhD from MIT in a related field].”

“Why do I want to go to Mars? Really, who doesn’t? The opportunity to go to space, period, let alone become one of the first settlers on a different planet, that’s tremendous.”