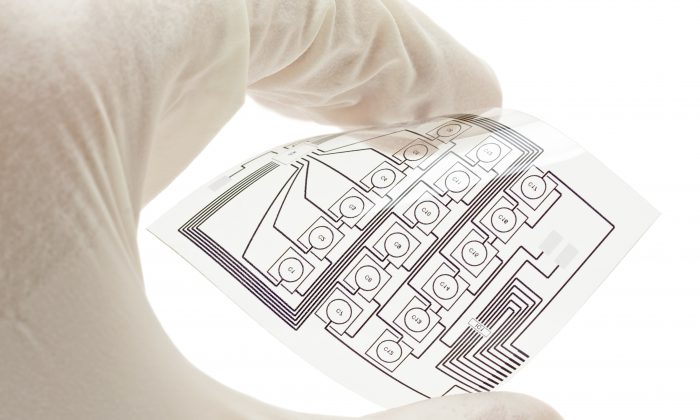 Why Are Flexible Computer Screens Taking so Long to Develop?

It’s common to first see exciting new technologies in science fiction, but less so in stories about wizards and dragons. Yet one of the most interesting bits of kit on display at this year’s Consumer Electronics Show (CES) in Las Vegas was reminiscent of the magical Daily Prophet newspaper in the Harry Potter series.

Thin, flexible screens such as the one showcased by LG could allow the creation of newspapers that change daily and display video like a tablet computer, but that can be rolled up and put in your pocket. These plastic electronic displays could also provide smartphones with shatterproof displays (good news for anyone who’s inadvertently tried drop-testing their phone onto the pavement) and lead to the next generation of flexible wearable technology.

But LG’s announcement is not the first time that flexible displays have been demonstrated at CES. We’ve seen similar technologies every year for some time now, and LG itself unveiled another prototype in a press release 18 months ago. Yet only a handful of products have come to market that feature flexible displays, and those have the displays mounted in a rigid holder, rather than free for the user to bend. So why is this technology taking so long to reach our homes?

Take a look at your computer screen through a magnifying glass and you’ll see the individual pixels, each made up of three subpixels—red, green, and blue light sources. Each of these subpixels is connected via a grid of wires that criss-cross the back of the display to another circuit called a display driver. This translates incoming video data into signals that turn each subpixel on and off.

How each pixel generates light varies depending on the technology used. Two of the most common seen today are liquid crystal displays (LCDs) and organic light emitting diodes (OLEDs). LCDs use a white light at the back of the display that passes through red, green and blue color filters. Each subpixel uses a combination of liquid crystals and polarizing filters that act like tiny shutters, either letting light through or blocking it.

OLEDs, on the other hand, are mini light sources that directly generate light when turned on. This removes the need for the white light behind the display, reducing its overall thickness, and is one of the driving factors behind the growing uptake of OLED technology.

Whatever technology is used, there are many individual components crammed into a relatively small space. Many smartphone displays contain more than three million subpixels, for example. Bending these components introduces strain, which can tear electrical connections and peel apart layers. Current displays use a rigid piece of glass, to keep the display safe from the mechanical strains of the outside world. Something that, by design, is not an option in flexible displays.

Organic semiconductors—the chemicals that directly produce light in OLED displays—have the additional problem of being highly sensitive to both water vapour and oxygen, gases that can pass relatively easily through thin plastic films. This can result in faded and dead pixels, leaving a less than desirable-looking result.

There’s also the challenge of the large-scale manufacturing of these circuits. Plastics can be tricky materials to work with. They often swell and shrink in response to water and heat, and it can be difficult to persuade materials to bond to it. In a manufacturing environment, where precise alignment and high temperature processing are critical, this can cause major issues.

Finally, it’s not just flexible displays that need to be developed. The components needed to power and operate the display also need to be incorporated into any overall design, placing constraints on the kinds of shape and size currently achievable.

Scientists in Japan have demonstrated how to make electrical circuits on plastic thinner than the width of human hair in an attempt to reduce the impact of bending on circuit performance. And research into flexible batteries has started to become more prevalent, too.

Developing solutions to these problems is part of a broader area of active research, as the science and technology underlying flexible displays is also applicable to many other fields, such as biomedical devices and solar energy. While the challenges remain, the technology edges closer to the point where devices such as flexible displays will become ubiquitous in our everyday lives.

Stuart Higgins is a postdoctoral research associate in optoelectronics at the University of Cambridge in the U.K. This article was originally published on The Conversation.