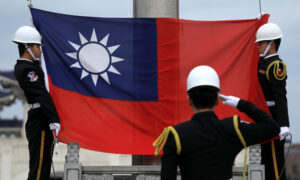 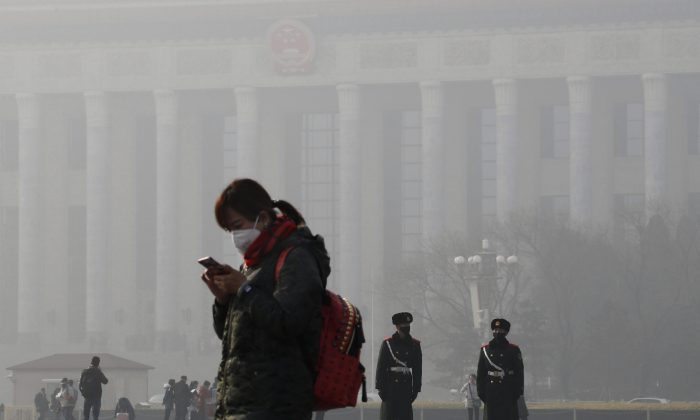 A woman wears a mask for protection against the air pollution on Tiananmen Square in Beijing as the city is blanketed by heavy smog on Jan. 4, 2017. (AP Photo/Andy Wong)
China Human Rights

Why Are Chinese Netizens Angry About a Graduate’s Speech On ‘Fresh Air’?

Yang Shuping’s now famous “fresh air” speech provoked so much anger from her fellow Chinese that she was forced to publicly apologize. Yang, a graduating senior from China, made the speech during a graduation ceremony at the University of Maryland on May 21.

Her speech praised the fresh air in the United States, contrasting it with the poor air quality in China. She made a similar comparison with freedom of speech in the academic community. She said she had never dreamed it was possible to openly discuss issues such as racism, sexism, and politics, because in China “only authorities owned the narrative.” Her speech received warm applause.

However, the following day, Yang’s eight-minute address, which was viewed online 50 million times, drew hundreds of thousands of critical comments by Chinese netizens. One post in the state-controlled media Global Times alone was flooded by more than 140,000 comments. The Global Times called her speech “anti-Chinese.”

Although I wasn’t surprised by this reaction, I was taken aback and saddened by one particular comment in Chinese quoted by Storm Media Group in Taiwan: “Everybody in China Owes Your Father a Condom.” “Your father” obviously refers to Yang’s father.

Following this were many other insulting and obscene words, all dumped onto this poor young girl. Apparently, her Weibo account was also inundated with hate speech and ad hominem attacks. These comments are an example of how far brainwashed “patriotic” Chinese can go when attacking and insulting anyone who they believe has criticized communist China. In their eyes, criticism equals betrayal of the country.

Not only was all our ‘food for thought’ provided by the Party, but our very way of thinking was also programmed by it.

While thinking this over, I suddenly recalled an incident I experienced when studying in Peking University back in 1987 that was the antithesis to such extreme “patriotism.” We had an English teacher who was from England. One day a student asked him, “You are an Englishman. Why would you come to China to work?”

“Being from England was just a biological accident. I am an individual first. As an individual, I can go wherever I feel like,” the teacher replied.

I was quite shocked by the phrase “biological accident.” In China, from the time we are born we are instilled with the doctrine that we belong to China (body and soul); that we should be proud of China, which is governed by the great Chinese Communist Party (CCP); and that we should never forget we are Chinese, etc. Nobody would ever dare to imagine that one’s national identity was just a biological accident!

Although I could hardly comprehend how that English teacher’s viewpoint came to be, I learned that at least there existed another way to look at one’s national identity and that it wasn’t a crime if one didn’t feel he or she belonged to a particular country.

However, it was not until I read the “Nine Commentaries on the Chinese Communist Party” in 2004, after moving to Australia, that I truly understood the extent to which the Chinese people had been poisoned by the so-called “CCP culture.” Not only was all our “food for thought” provided by the Party, but our very way of thinking was also programmed by it. So our minds were pre-set in such a way that as long as the buttons were pushed, the “results” would be exactly what the CCP wanted and designed for us. This is precisely why there was such a virulent reaction to Yang’s speech.

After coming to this realization, I tried very hard, for years, to get rid of the CCP culture that I knew had been instilled in me. Gradually, I learned how people in a normal society think and react to things. The CCP ways of thinking and acting eventually faded away, although it took a long time.

That is why I was so shocked by the insulting comments about Yang Shuping’s speech and why I felt compelled to write this article to express my concerns. I would like to tell the world: Never underestimate the “soft power” of the Chinese Communist Party, never be lulled into believing that the Party could become a member of the civilized world, and never, ever treat it as one.

Jennifer Zeng is the author of “Witnessing History: One Woman’s Fight for Freedom and Falun Gong.” Before she was persecuted in China for her faith, she was a researcher and consultant in the Development Research Center of the State Council, the State Cabinet. Her story is featured in the award-winning documentary “Free China; the Courage to Believe,” co-produced by New Tang Dynasty Television and World2Be Productions. Zeng has a blog and posts to Facebook.