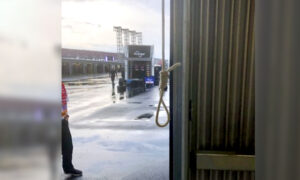 If America Is So Racist, Why Are There So Many Race Hoaxes?
0 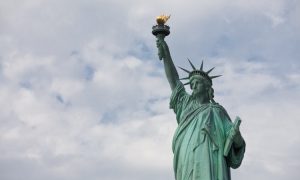 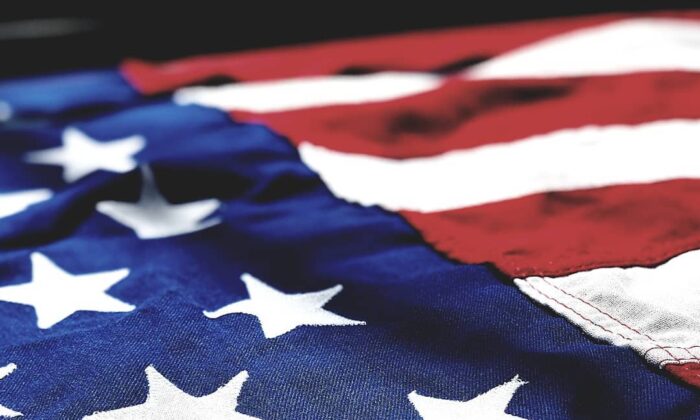 A file photo of the American flag.
Viewpoints

Why America Is in Real Danger

Americans have long been proud of the fact that, unlike European countries, the United States never went the route of totalitarianism as embodied in communism, fascism, and Nazism.

This achievement may be coming to an end.

For most Europeans of the younger generation, WWI, with its seemingly senseless slaughter of millions, ended belief in Christianity and, in many cases, ended the people’s faith in their nations. God was deemed absent; religion was deemed unnecessary; and national identity was widely seen as a cause of the war.

That left a void that was almost immediately filled by communism, fascism, and Nazism.

In Russia, WWI led directly to the Russian Revolution. Even before the war ended, in 1917, the czar was overthrown, and later that year, the Bolsheviks (the Russian communists) took over. As awful as the czar was, there was far more freedom under him than there was in the Soviet Union until the fall of communism 72 years later, not to mention the murder of more people—20 million to 40 million—under the Soviet regime.

In Italy, the rise of fascism followed WWI. And in Germany, the Nazis came to power just 15 years after the end of the Great War. Nazism conquered most of the European continent during World War II, and after Germany’s defeat in 1945, the Soviets imposed communism over all of Eastern Europe.

Though there were communists, communist fellow travelers, Nazi sympathizers, racists, and anti-Semites in the United States, neither communism nor fascism nor Nazism took root here. The primary reason was that, unlike most Europeans, Americans didn’t lose their faith in Judeo-Christian religions and values, or in their nation, after WWI. America remained so religious that, in 1954, the words “under God” were inserted into the Pledge of Allegiance recited daily in American schools.

However, by the 1950s, faith in America, Christianity, and what we call bourgeois middle-class values was largely limited to older Americans. The post-WWII baby-boomer generation was already being indoctrinated in secularism and anti-Americanism. As early as 1962, the U.S. Supreme Court ruled that school prayer was unconstitutional.

By the late 1960s, vast numbers of baby boomers were attending demonstrations that were as much against America—routinely characterized as an imperialist and colonialist aggressor country with an evil military—as they were against the war in Vietnam. It wasn’t uncommon to see America spelled “Amerikkka” or “Amerika” at protests and in graffiti.

When I was in graduate school at Columbia University in the early 1970s, I was taught that men and women aren’t inherently different from one another, and that the Cold War was between two superpowers (equally at fault), not between freedom and tyranny.

Another generation has passed, and the post-Christian, left-wing baby boomers have come close to achieving complete success. The mainstream print and electronic media, universities, high schools and elementary schools, the arts, and now sports have all been conquered by the left. Except for sports, from the beginning of the 20th century, they were almost all liberal, but now they are left.

The way things now look, America may have its bout with some totalitarian doctrine—almost surely some form of leftism. Liberty has never been a left-wing value. From Lenin on, wherever the left has come to power, it has suppressed liberty, beginning with free speech. Already, despite a Republican president and a Republican-majority Senate, America has less free speech than at any time in its history.

Exactly one year ago, I testified before a Senate subcommittee and wrote an op-ed piece for The Wall Street Journal about YouTube (owned by Google) placing more than 100 Prager University, or PragerU, videos on its restricted list.

And things have gotten much worse. Last week, PragerU was locked out of its Twitter account for retweeting a press conference of eight physicians in Washington that had already received 17 million views, and Facebook has just informed us that if we even cite studies that show possible benefits of hydroxychloroquine (with zinc) in the early stages of a patient with COVID-19, we will lose our Facebook account.

And then there is the “cancel culture”—which is merely a euphemism for leftist suppression of dissent. People are booted from internet platforms, fired from their jobs, or have their reputations smeared and their businesses ruined for differing with the left—on anything.

We are also undergoing a nonviolent (as of now) version of Mao Zedong’s Cultural Revolution, with individuals forced to issue humiliating public recantations of their beliefs and attend reeducation sessions (we don’t yet have reeducation camps, but they should not be ruled out as a possibility if the left is in control).

Another communist norm taking root in the United States is the rewriting of the American past. We are living a famous Soviet dissident joke: “In the Soviet Union, the future is known; it is the past that is always changing.”

On almost all social issues and many economic ones, the American left is more radical than the left in Europe. Europeans across the political spectrum are more wary of ideological fanaticism because of the vast scale of death and suffering that resulted from communism, fascism, and Nazism.

One might say that Europe was inoculated against fanaticism. Europeans are more preoccupied with working less, traveling more, and being taken care of than with ideological movements. But America, which has not suffered under fanatical, irrational, liberty-depriving ideologies, hasn’t been inoculated.

Without such a vaccination, what replaced Christianity in Europe may well do the same in America.