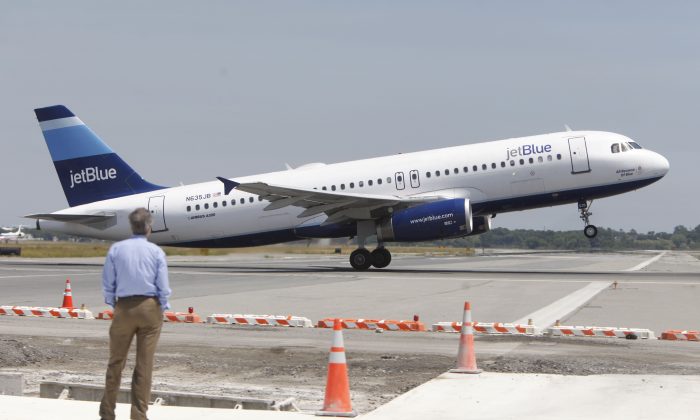 Falling out of the sky may well be most passengers’ worst fear when they board a plane. With this mind, a Ukrainian inventor has proposed building airliners with detachable passenger cabins that could separate from the rest of the plane and parachute safely to the ground in the event of an emergency.

This may sound like a reassuring idea for those who find flying more of a terrifying ordeal than an exciting way to start a holiday. But as someone with a keen interest in aircraft design and technologies, I found the plan a bemusing distraction. Not only would such a design be prohibitively expensive, it would also be unlikely to save any lives in all but a very few airline disasters.

While the video proposal shows the detachable cabin deploying on a plane experiencing engine failure, it should first be noted that crashes due to this problem are exceptionally rare. Systems and power failures have accounted for less than 3 percent of all fatal accidents in the past 10 years. From the beginning the argument did not stack up.

An aircraft is most vulnerable during take-off and landing because it is closer to the ground (its biggest obstacle), and is travelling at low speeds and therefore is harder to maneuver. According to statistics from Boeing, almost three-quarters of deaths from plane crashes between 2005 and 2014 occurred during these phases of flight. But this is the time when a detachable cabin would least likely be successful at saving lives. Being closer to the ground would give the pilot much less opportunity to jettison the cabin following an incident and if it were detached it could well land in a built-up area.

Nevertheless, slightly over 1000 lives have been lost in the past ten years due to accidents during the cruise phase of flight, when a detachable cabin might have been of most value. But even during this stage of flight, it is difficult to see that the technology would often be effective.

Most aircraft accidents—as many as 80 percent—are due to human error, with the most common being loss of aircraft control and flight into or towards terrain. A detachable cabin would probably be impossible to deploy safely if the pilot had lost control of the plane, or if it was about to fly into the terrain.

Even in cases where the pilot can respond calmly and quickly to something that wasn’t their fault, it is a struggle to see how a detachable cabin could usually play a significant role. Take U.S. Airways flight 1549, which saw pilot Chesley B. Sullenberger land the plane in the Hudson river in New York after birds flew into the engines at take-off. Though manufacturers cannot prepare for every scenario, engines are tested for bird ingestion and designed to survive them, at least for a while. Aircraft can also continue to ascend with one engine down.

In this case, however, the captain was particularly unlucky to lose all power and was therefore unable to fly back around for an emergency landing at an airfield. What would a detachable cabin have resolved there? At low altitude it is unlikely it could have been deployed in the first place. Then, what if the cabin had landed on the city?

Practically, there is also the technical complexity of actually building such a system, the mechanisms and bolts to secure the cabin but also allow its safe release in flight. You can add to this the service issues and maintenance challenges.

In addition, there is the excess weight of the proposed system. Weight is everything for aircraft manufacturers. Every extra kilogram requires more thrust and a higher fuel burn.

Despite these flaws, this actually is not the first time a detachable cabin system has been envisaged. Following the Challenger shuttle disaster in 1986, designers on the European Hermes space shuttle program looked at the possibility but found it hugely expensive as well as impacting what the shuttle could carry. The system ended up being one of several fatal blows to Hermes and the shuttle was never built.

Part of Engine Falls Off Plane During Takeoff in Chile

More recently, Airbus patented an “Aircraft Pod Concept” in late 2015. This involves switching one cabin full of passengers or cargo for another at the airport in order to reduce turnaround times. This is only a generic concept rather than a full design and is probably based on the idea that the extra weight and fuel costs would be covered by the money saved from the shorter docking time, not on being able to jettison the pod in case of accident.

However disappointing it may seem to those with a fear of flying, the parachuting cabin concept would just be too expensive to make a reality and is unlikely to appear soon. But passengers can still rest easy thanks to the ever-improving safety record of the airline industry.

Herve Morvan is director of the Institute of Aerospace Technology and a professor in applied fluid mechanics in the department of mechanical, materials and manufacturing engineering in the faculty of engineering at the University of Nottingham in the U.K. This article was originally published on The Conversation.