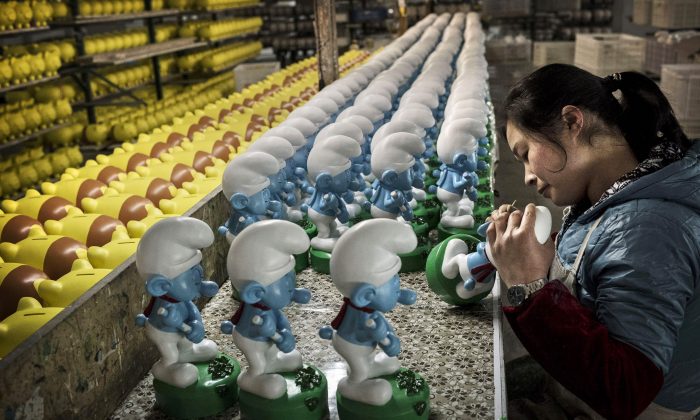 Translator’s note: Manufacturing in China, it seems, is no longer the bargain it used to be. In addition to a complex political environment, many aspects of manufacturing have become more expensive in China than in the United States, writes an entrepreneur in Zhejiang Province. After comparing a wide range of production related costs, this Chinese company chose to outsource to the United States. The original Chinese article, by an unnamed entrepreneur in Zhejiang, a prosperous coastal province, was widely circulated on the Chinese Internet.

Jiangnan Chemical Fiber Co. Ltd., located in Cixi City, Zhejiang Province, is the first enterprise in its industry to explore overseas markets. Founded in 2000, it has been among the top two exporters among Chinese counterparts.

Last year, Jiangnan Chemical Fiber decided to build a factory in South Carolina with a $25 million first phase and $20 million second phase investment. It became the first Chinese enterprise to build a manufacturing plant for recycled polyester staple fibre in the United States. The company said that surging manufacturing costs in China was their main reason for choosing to invest in the United States.

Below is a 10 item list created by Jiangnan Chemical Fiber of its evaluation of cost difference between China and the United States.

1. Cost of Land: China Nine Times That of US

The current price of industrial land in many counties in China is 1 million yuan per mu, 50 times higher than in the United States.

2. Cost of Logistics: China Twice as Much

In the United States, the cost of logistics consists of three main expenses: inventory, transportation, and management costs.

Logistics expenses in China are twice that of the U.S. Take the price of gas, for example. China’s gas price is double that of the United States. High gas prices lead to high logistics costs.

Moreover, China has costly and regular highway and bridge tolls.

Transportation costs have remained consistent with GDP for the past 20 years. The decline of the overall logistics costs was caused by inventory reduction.

In China, the cheapest loan has a 6 percent annual interest rate, 2.4 times that of the 2.5 percent in the United States.

This is an example of a regular bank loan. If the money is obtained from a bank’s financial product at 10 percent, private equity funds at 15 percent, or even underground banks at 20 percent, businesses are overwhelmed.

4. Cost of Electricity and Natural Gas: China More Than Double

Energy costs in China are more than double that of the United States.

Except for Hawaii, the cost of electricity in the United States. is not that high. Take Texas for example. Electricity is only 20 cents per kWh.

Because the Chinese government directly controls energy pricing, the cost of electricity, natural gas, and oil remain high for businesses. Take one example: With each ton of product consuming 450 kWh of electricity at 0.76 yuan per kWh, the unit production costs amounts to 342 yuan ($55.16).

The United States has a higher use of automation equipment and hence the consumption of electricity is 10 percent higher at 500 kWh per ton. But with electricity cost being $0.05 per kWh, the unit production cost is only $25. The cost in China is 1.2 times that of the United States.

China uses steam power plants. If each ton of product consumes 1.6 tons of steam at 190 yuan per ton of steam, the production unit cost is 304 yuan ($49).

In the United States steam is produced using natural gas steam boilers. With the price of natural gas at $0.48 per therm, and a unit price of $14.52 per ton, the unit production cost is $23.23.

China’s cost is thus over double that of the United States.

Equipment performance in the United States is relatively better and workers’ work habits are also better. The production unit cost is $5 per ton.

The cost in China is 3.2 times of the United States.

7. Taxes: US Has Better Subsidies

China has numerous kinds of taxes that are overwhelming to enterprises. A logistics company shipping goods from Guangzhou to Hainan, for example, will bring 19,000 yuan gross income. But only 216 yuan will be profit and 1,260 goes to taxes.

In the United States, state governments treat employment as a top priority and provide preferential tax policies to enterprises, such as 30 years property tax preferences.

8. Customs Clearance: No Such Cost in the US

There is no customs clearance cost when starting up a factory in the United States.

When importing into China, besides freight charges, there are also import costs such as customs duties, value added tax, and all kinds of other bureaucratic procedural expenses that add up to 3,500 yuan per 20 ton container, or 175 yuan ($22.58) per ton.

When exporting, in addition to the land freight, you again have all kinds of procedural costs that add up to about 1,600 yuan per 20 ton container, or 80 yuan ($12.9) per ton.

With the current trend of rising wages in China, labor costs will double in five years and again in 10 years. Thus, labor costs in China are not much of an advantage.

10. Cost of Factory Construction: Four Times Greater in US

In the United States, plant construction costs are four times that of China. However, second-hand plants of more than 10 years are an eighth to a half the cost of new plants, and a good alternative.

All of the above combined indicates that, along with the increase of environmental costs and labor costs, the cost of manufacturing in China is similar to that in the United States and may surpass the United States in some industries. Jiangnan Chemical Fiber is but one example.

This is an abridged translation of an article by an anonymous writer from Zhejiang Province that first appeared Oct. 22, 2015. on the website J Media, jiemian.com.