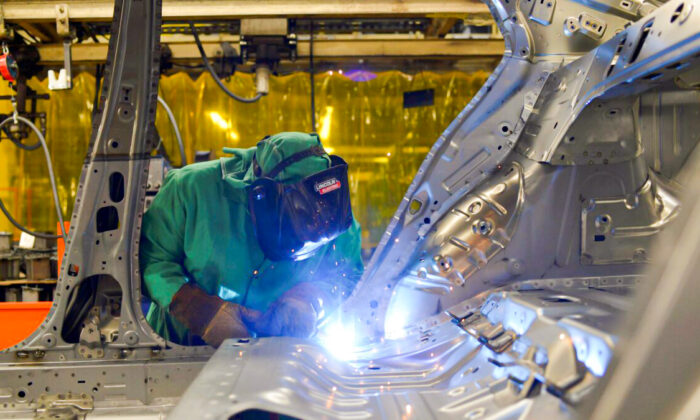 The Labor Department said in a Feb 15 statement that the final demand Producer Price Index (PPI), which is a measure of input costs borne by providers of goods and services, accelerated at a monthly pace of 1 percent in January. That’s double the 0.5 percent pace that forecasters expected.

Wholesale prices are a leading indicator of consumer price inflation as costs borne by producers tend to get passed along to consumers.

On an annual basis, producer prices rose at a rate of 9.7 percent over the 12 months ended in January, only slightly below November’s and December’s record high pace of 9.8 percent. Economists expected January’s PPI to grow at a slower 9.1 percent pace.

Consumer price inflation, as measured by the Consumer Price Index (CPI), hit a fresh 40-year high of 7.5 percent in the year through January.

So-called core PPI, which strips out the volatile categories of food and energy and is considered a better measure of underlying inflationary pressures, rose 0.8 percent last month, following December’s increase of 0.5 percent and a faster pace than the 0.5 percent expected by consensus forecasts.

The sharp rise in the monthly pace of core and headline wholesale price inflation, in particular, suggests that inflationary pressures are becoming more entrenched.

Again, US #inflation comes in higher than median forecasts:
January producer prices rose by 1.0% MoM, twice the median projection (core was 0.8% vs 0.5%).
The annual PPI increase was 9.7% (vs 9.1% expected).
Core inflation was 6.9%.
Bottom line: More CPI inflation in the pipeline pic.twitter.com/Plmho4xpBf

The acceleration in the wholesale price data adds to pressure on the Federal Reserve to act to contain runaway prices.

Surging inflation has become a key economic concern among U.S. consumers, rising faster than wages and eroding the purchasing power of many American households. While wages have risen significantly, inflation has gone up at a faster pace, pushing real inflation-adjusted wages into negative territory and effectively delivering a pay cut for many.

Fed officials have started to phase out some of the stimulus measures adopted at the height of the pandemic to help the economy weather the impact of lockdowns and reduced consumer demand.

The Fed is expected to start raising interest rates at its March meeting, with hikes expected to continue throughout the year.