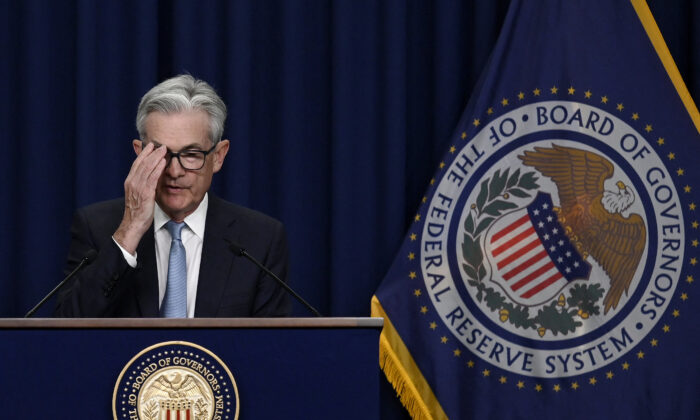 The U.S. Producer Price Index (PPI), a key measure of product prices, fell in July—for the first time in more than two years—registering the smallest 12-month gain in 2022, as energy prices fell and inflation rates moderated.

The index, which was released by the U.S. Bureau of Labor Statistics on Aug. 11, showed demand for goods dip 0.5 percent from June and 9.8 percent from a year ago.

The unexpected shift was due to a decline in the price of goods and fuel, but services costs rose up.

The results for July were lower than forecasted by economists, who had expected an annual rise of 10.3 percent and a monthly increase of 0.3 percent.

The PPI hit a record-high in March, with a year-to-year increase of 11.6 percent.

Core PPI, which excludes the volatile food, trade, and energy sectors, rose 0.2 percent last month and 7.6 percent from a year earlier, after rising 0.3 percent in June.

The July PPI for final demand goods fell 1.8 percent, the largest decline since its dip of 2.7 percent in April 2020, which can be traced to a 9 percent drop in prices for final demand energy.

The index for final demand goods less foods, energy, and trade services in July increased by 5.8 percent year over year from 2021, a slowdown from 6.4 percent in June.

Inflation Not as Harsh

The latest figures suggest some that short-term inflationary pressures are beginning to ease, which could soften the pace of consumer price growth through the rest of 2022.

Oil and gas prices since June have dropped 16.7 percent from their recent historical highs, representing about 80 percent of the decline in the price of goods, according to the report.

Prices at the pump fell below $4 a gallon on Aug. 11 for the first time since March, with the national average price for a gallon of gas at $3.99.

The American Automobile Association attributed some of the drop to cooling demand from consumers.

There also are some signs that the supply-chain issue is improving, and when combined with the decline in energy prices, indications are slightly easing inflation.

The government’s Consumer Price Index report from Aug. 10 showed the rate of annual inflation decelerate in July, to 8.5 percent, which reflected a drop in gas prices, but inflation still remained high.

PPI services prices only rose 0.1 percent in July, the smallest growth in three months, led by an increase in fuel margins, retailer, transportation, and warehouse costs.

The cost of processed goods for intermediate demand, reflecting prices earlier in the production pipeline, fell 2.3 percent, the most since April 2020.

More than 50 percent of the decline was attributed to a drop in diesel costs, but costs tumbled 0.2 percent when excluding food and energy.

Despite the welcome news in July of the drop in prices, persistently high inflation is pushing the Federal Reserve to continue its aggressive policies.

The central bank will have its next policy meeting in September, with most analysts expecting a rate hike of 50 basis points, due to the improved figures, following back-to-back monthly hikes of 75 basis points.

The latest PPI figures complements separate data from the S&P Global Flash Index at the end of July, which showed a decline last month in prices paid for inputs such as materials.

Although supply-chain volume is improving, the war in Ukraine, labor negotiations at West Coast ports, and the China’s pandemic-based lockdowns are compounding an ongoing logistical headache for U.S. producers.