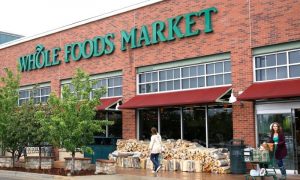 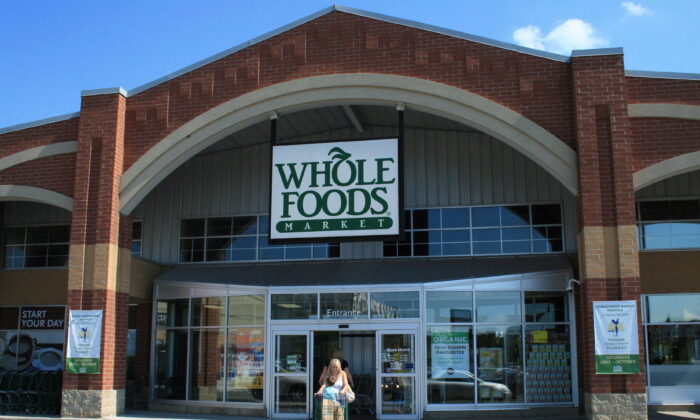 Lawrence MacAulay said he confirmed the move with the chief operating officer of the Amazon-owned retailer.

“Employees will now be able to wear their poppies at work,” MacAulay said in a statement posted on Twitter. “Glad to hear they’re changing course.”

The U.S.-based Whole Foods had defended the rule earlier Friday, saying it was part of a blanket ban on anything other than the retailer’s basic uniform, and didn’t single out poppies.

But Prime Minister Justin Trudeau said the policy was a “silly mistake” that he hoped would soon be fixed.

The House of Commons also adopted a motion by unanimous consent calling on all Canadian employers to allow their staff to wear poppies during Veterans Week, which began Thursday.

Meanwhile Ontario’s premier vowed to introduce legislation that would allow everyone to wear a poppy while at work in the week leading up to Remembrance Day.

His office said later Friday that the government still planned to proceed with the legislation.

Whole Foods had said earlier that it updated its dress-code policy last month to specify the ban on anything other than the standard uniform in an effort to clarify the rules for employees.

“Whole Foods Market honours the men and women who have and continue to bravely serve their country,” a spokeswoman had said. “With the exception of those items required by law, our dress code policy prohibits any additions to our standard uniform.”

The retailer will observe a moment of silence on Remembrance Day and donate to the Royal Canadian Legion’s poppy campaign, the spokeswoman said.

Earlier Friday, MacAulay had tweeted that the chain’s poppy prohibition was “absolutely unacceptable.”

Several other politicians condemned the policy before its reversal was announced.

Conservative Leader Erin O’Toole, who is a veteran, had said that the past sacrifices of Canadian soldiers “provides the freedom for a U.S. grocery chain to be stupid today.”

Other grocery chains took the opportunity Friday to highlight their own policies that embrace poppy-wearing.

“Our store teammates are finding unique ways to keep the spirit of Remembrance Day alive in this unprecedented year,” Sobeys tweeted, along with photos of prominent poppy displays, and a staff member wearing one of the pins.

“We allow and encourage our colleagues across the country to wear poppies. We have supported our veterans through poppy sales for years, and are making a donation to the Royal Canadian Legion,” the company tweeted.