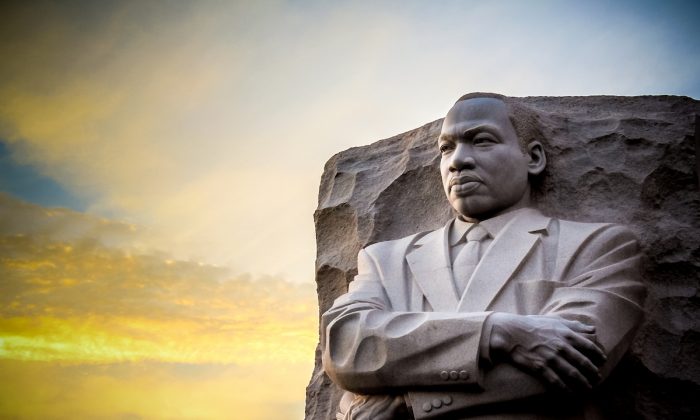 Who Will Be America’s Next King? 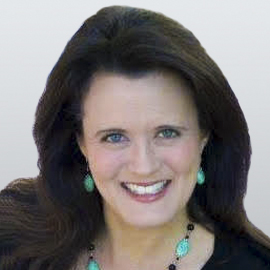 Jan. 18 is Martin Luther King Jr. Day. But I wonder why it’s still a federal holiday.

I remember growing up in the 1970s and ’80s when the lead-up to MLK Day was filled with lessons at school and programs on television highlighting the footage of the civil rights marches he led, the nonviolent movement he championed, and the iconic “I Have a Dream” speech he delivered in the nation’s capital.

In 2021, there seems to be nothing but crickets for King, his movement, and his message.

I’m amazed that in a generation, King and his message have become obsolete. But it was Ronald Reagan who said that freedom was only ever a generation away from being lost, and King’s message is one of the pillars of liberty, so the fact it goes ignored in our current cultural climate should be no surprise. In fact, I wouldn’t be surprised if, in the wave of “woke” culture, King ends up on the scrapheap during the purges of our current cultural revolution rolling across the nation.

This cultural revolution is one that refuses to embrace the potential promises set by America’s founding.

King believed in the pillars of liberty and the truth of God’s vision of equality. He knew that even though America was imperfect, it could live up to the values of freedom and equality espoused at its founding. It was that belief that inspired his iconic “I Have a Dream” speech, in which he eloquently professed not only the ideals of America, but also the truth of how God views his children:

“In a sense we’ve come to our nation’s capital to cash a check. When the architects of our republic wrote the magnificent words of the Constitution and the Declaration of Independence, they were signing a promissory note to which every American was to fall heir. This note was a promise that all men, yes, black men as well as white men, would be guaranteed the unalienable rights of life, liberty, and the pursuit of happiness …

“I have a dream that one day this nation will rise up and live out the true meaning of its creed: ‘We hold these truths to be self-evident, that all men are created equal.’ …

As a high school history teacher, I have watched the public school curriculum move away from presenting a true picture of King. His position as a pastor and follower of Jesus is practically ignored.

Homage is paid to his following the success of Gandhi’s civil disobedience movement, with no attention paid to the fact that Gandhi and King based much of their movements on the New Testament teachings of Jesus about loving our enemies, turning the other cheek, and lavishing the undeserving with forgiveness anyway—even when they strike with violence, even when they spew hate, even when they pervert justice. In his “I Have a Dream” speech, King exhorted:

“But there is something that I must say to my people … in the process of gaining our rightful place, we must not be guilty of wrongful deeds. Let us not seek to satisfy our thirst for freedom by drinking from the cup of bitterness and hatred. We must forever conduct our struggle on the high plane of dignity and discipline. We must not allow our creative protest to degenerate into physical violence. Again and again, we must rise to the majestic heights of meeting physical force with soul force. The marvelous new militancy which has engulfed the Negro community must not lead us to a distrust of all white people, for many of our white brothers, as evidenced by their presence here today, have come to realize that their destiny is tied up with our destiny, and they have come to realize that their freedom is inextricably bound to our freedom. We cannot walk alone …”

King’s appeal here, and the basis of his movement for nonviolent protest, was born from the teaching and life of Jesus.

In Matthew 5:38–39, Jesus says: “You have heard that it was said, ‘Eye for eye, and tooth for tooth.’ But I tell you, do not resist an evil person. If anyone slaps you on the right cheek, turn to them the other cheek also.”

Many people look at this teaching and think it’s ridiculous. They think Jesus is telling us to let others beat us up. But King saw the depths of this message. What was Jesus really getting at in this passage? Think about what it means to turn your cheek to someone when you’re not in conflict with them. When you turn your cheek to them, what do you expect? You expect a kiss.

Jesus’s teaching here is this: Regardless of the wrong done or the wrongdoer committing that evil, our response should be so radical, so loving, so creatively different, that the other person is moved by what King describes as “soul force,” a soul force that would eventually bring them to embrace us, kiss us, and call us brother.

King saw the radical nature of this teaching in Jesus’s life. Jesus did turn the other cheek and paid for it with his life. But that life given became a blessed gift of forgiveness that has turned the hearts of millions of people over centuries of history to be moved with a soul force, leading to peace with God and a life of joy. King knew Jesus wouldn’t ever ask us to do anything that he wasn’t willing to do himself. And that birthed the most successful civil rights movement in history.

Today’s social justice warriors have no time for such nonsense. For them, violence, suppression, and the purging of America is the only answer. With no faith rooted in a God who experienced the ultimate suffering and death with grace and forgiveness, of course we seek vengeance, rather than true peace, love, and justice.

We suffer. We suffer as a nation that has lost sight of its guiding principles. At least half of us no longer embrace the basic ideals of natural law and the God-given rights of every human to life, liberty, and property. Instead of looking to God for our meaning and our salvation, we look to government (the state) to save us, and to social justice to give us purpose. The idea of God is scoffed at, and the notion of Christ—the God of the Bible—is met with increasing hostility.

I asked who will be America’s next King? Who will lead us to the unity, peace, justice, and love that our human hearts long for? We may be looking for the next King to fill that void, but in truth, he looked to the true king—Jesus. And until America is ready to turn to and embrace that king, we will continue to suffer the little tyrants who think their justice is better than God’s.

Monica Gill holds a master’s degree in American history from George Mason University. She has been teaching American history, government, and comparative politics for 25 years. She currently teaches for Loudoun County Public Schools in Virginia.