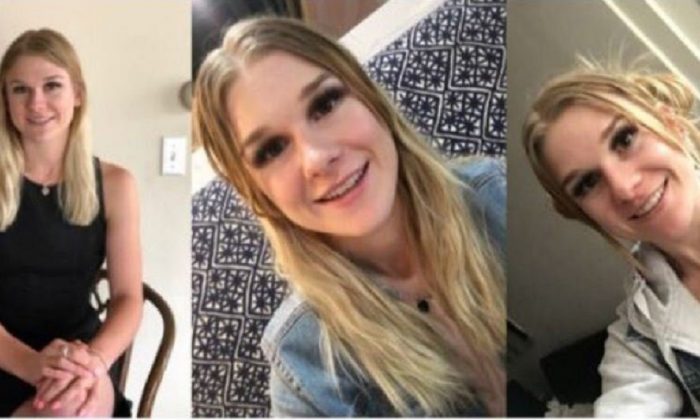 A University of Utah student who took a late-night Lyft ride from the airport last week has not been seen since, Salt Lake City police said. (@SLCPD/Twitter via CNN)
US News

Who Was Mackenzie Lueck? Friends Remember the Slain Utah College Student as a Friendly ‘Ball of Light’

Slain University of Utah student Mackenzie Lueck has been described by friends as a positive, outgoing person and a “bubble of happiness.”

Those that knew her are now mourning her death and trying to understand what happened after she left a park with a man in the early hours of June 17.

Mourners plan a vigil Monday at 6 p.m. Utah time at the university.

Mackenzie Was “A ball of Light”

Carly Reilly told CNN affiliate KSL that she was instantly drawn to Lueck’s personality and knew when she met her she wanted to be her “big”—or sorority mentor.

“I was drawn to her outgoing and positive personality and knew I wanted her in my life as my little—or as a close friend, if the former did not work out,” Reilly told KSL.

The girls were both members of the University of Utah’s Alphi Chi Omega sorority and became each other’s “little” and “big,” KSL reports.

Reilly told the news station that Lueck was the type of person who went out of her way to help people and always tried to make the best of every situation.

“(She) was the kind of person who would … have a good time no matter what she was doing and have everyone involved, enjoying themselves,” Reilly told KSL.

Michelle Galison, another of Lueck’s sorority sisters, told the news station the missing student was unforgettable.

“I will remember her as a ball of light. That’s what she was. A blond bubble of happiness,” said Galison told KSL.

Lueck was a part-time senior studying kinesiology and pre-nursing who had been enrolled since 2014, according to a statement on the University of Utah’s website.

Classmate Kaitlyn Roeda, who also is a member of Lueck’s sorority, described her as a model student to affiliate KSL.

“We (were) both going into the medical profession, so we were kind of study buddies,” Roeda told KSL Thursday. “(She was) very hard-working, very dedicated to her studies.”

Another classmate, Alexa Peterson, told the station that Lueck would reach out after class to see if she wanted to study with her.

“She was really nice, always said ‘Hi,’ wanted to know my first name, wanted to get my number to see if she could study (with me),” Peterson told KSL.

Lueck was on track to graduate in 2020, KSL reported.

LATEST in the search for MacKenzie Lueck: Her family released a statement today, and a former @SLCPD Chief discusses the challenge of balancing the family’s concern with her own right to privacy. https://t.co/pytrcj9DQK

Instead, police are investigating her disappearance and the circumstances leading up to her death.

Lueck has not been seen since June 17 when she returned to Salt Lake City, Utah, on a flight from California and took a Lyft to a park in the early morning hours.

Police have said they believe Lueck was killed and have arrested a suspect in connection with her death.

Ayoola Ajayi was taken into custody on June 28. When investigators searched Ajayi’s home and property, they found charred material that was determined to be female human tissue consistent with Lueck’s DNA profile, according to Salt Lake City Police Chief Mike Brown.

He is now facing charges of aggravated kidnapping, obstruction of justice and desecration of a body in connection with Lueck’s disappearance, Brown said.

Investigators who tracked Lueck’s cell phone said it was in the park at the same time as Ajayi’s cell phone before the data and location services ceased around 3 a.m., police said.

Lueck’s Instagram was active after she disappeared, according to one of her sorority sisters.

Brown confirmed that investigators were looking into the activity on the account.

The Suspect Wanted to Build A Secret Room

A contractor who was referred to a job at Ajayi’s home by a friend told CNN the suspect asked him to build a secret soundproof room in his home.

Brian Wolf told CNN by phone Friday night that he went to Ajayi’s house for a consult on drywall work, but was asked instead to build a room with a secret door, protected by a thumbprint scanner lock.

Wolf says when he asked why Ajayi wanted to soundproof the room, Ajayi said that he wanted to be able to listen to music as loud as he wanted to.

Ajayi also requested he install hooks up high in the room, so he could put in a wine rack, Wolf said.

Wolf declined the job. “I just had a gut feeling it wasn’t a job I wanted to do,” Wolf told CNN.

“People ask me to build all kind of stuff all the time but nothing like this. This was just way too weird,” Wolf said.

Wolf says when he saw the house on the news he called the plumber who referred him to check that it was the right house. Then he called police.

“The pieces just didn’t add up in my head. Obviously, I’m happy I had nothing to do with it.”

CNN affiliate KSTU reported that Lueck’s uncle read a statement at a press conference Friday on behalf of her family, saying, they are “grateful to her community, her friends, and people around the nation who have supported this investigation.” He also thanked police and said the family would not be giving interviews.

“We ask that everyone respect the privacy of Mackenzie`s family at this time,” he said.

The death of the friendly student has touched those throughout not only her school community, but also her state.

“The real accountability lies with the person who’s perpetrating violence, abuse and control. That’s who we should be calling out.”https://t.co/OLtXFshnBw

Alpha Chi Omega’s University of Utah chapter posted about Lueck’s death Friday after news of an arrest in the case broke, saying ” We hope that our Alpha Chi Omega sisters who knew Mackenzie best can find peace and comfort as they reflect on the lasting impact she made on the lives of her family members, friends, and sisters.”

The governor of Utah also posted his condolences to Lueck’s family Friday in a Twitter post saying in part, “Our hearts go out to the family and friends of Mackenzie Lueck at this very difficult time. I was horrified and sickened by today’s news.”

Salt Lake City Mayor Jackie Biskupski on Twitter that her “heart breaks for the Lueck family.”

University of Utah President Ruth V. Watkins told affiliate KSL, “The death of Mackenzie Lueck is devastating news. On behalf of the university, I express our heartfelt sympathy to the family, friends and classmates of Mackenzie during this very difficult time.”