WHO to Ship 250,000 Coronavirus Test Kits as Human-to-Human Cases Rise 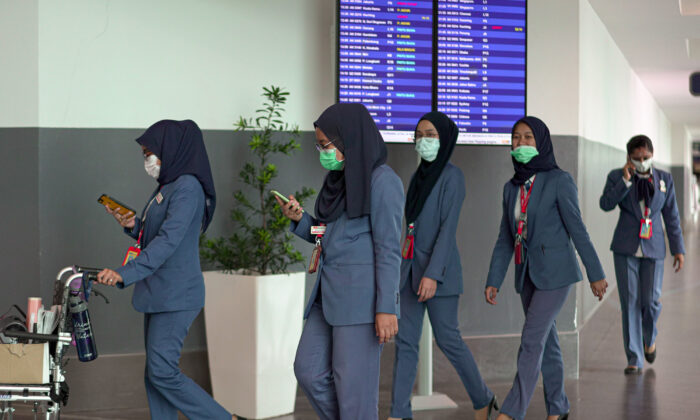 The World Health Organization (WHO) is sending 250,000 coronavirus test kits to labs around the world as the number of cases from human-to-human transmission rises.

The test kits will be shipped on Tuesday from Germany to 70 labs globally to support an influx of test samples, Dr. Maria Van Kerkhove, the head of the Outbreak Investigation Task Force at Institut Pasteur’s Center for Global Health in Paris, told United Nations’ member states during a briefing on the virus on Tuesday.

Specialized laboratories in Africa, the United States, Europe, and Asia will get the kits to facilitate faster testing for the virus.

Tens of thousands of cases have been officially reported in China, though some health experts believe the true number of cases is higher. A number of deaths have been reported in China. There are 176 cases in 24 other countries, WHO said on Tuesday. One death occurred in the Philippines and another in Hong Kong.

WHO officials urged member states to take action, including submitting information and assisting the agency with combating the spread of the new coronavirus, which started in Wuhan in December 2019.

WHO said there are now 27 human-to-human coronavirus cases outside of China, across nine countries.

In Germany, 10 people were infected from a female work colleague who got the virus in Shanghai. Four people in Singapore contracted the illness either from a tour guide or at a health store while three people in Japan contracted the virus from a bus driver.

Vietnam had three cases of human-to-human transmission, the United States had two, and Thailand, France, and Malaysia each had one.

The other cases were primarily driven by close contact with family members who had traveled to China.

The true number of fatalities per sickness is “difficult to assess” because the denominator, or the real number of infections, is not known, according to WHO. Experts still have not confirmed the animal source of the coronavirus, which spreads through droplets and contact with infected people. The incubation period is estimated to be between one to 14 days, WHO said.

China’s representative at the briefing and Ghebreyesus both reiterated opposition to the travel restrictions that some countries have imposed to try to stop the spread of the disease. Ghebreyesus claimed that such restrictions were “inconsistent with international health regulations” and can increase fear and stigma with “little public health benefit.”

“We believe overreaction by adopting restriction, isolation, and blocking measures are not beneficial to international collaboration and such measures may lead to more complicated outcome and interference in prevention control efforts,” China’s representative added.

Dr. Nancy Messonnier, director of the U.S. Centers for Disease Control and Prevention’s National Center for Respiratory Diseases, told reporters on Monday that the United States imposed restrictions to try to stem the spread of the virus.

“I would say is this is an unprecedented situation and we have taken aggressive measures,” she said in a call with reporters, citing the number of deaths inside China, the first death outside of China, and the rising number of cases as well as data indicating that people who are asymptomatic, or not showing symptoms, or mildly symptomatic could be transmitting the disease.

“We made an aggressive decision in front of an unprecedented threat that action now would slow this down, and action now has the biggest potential to slow this thing down. And that’s what the theory is here,” she said.