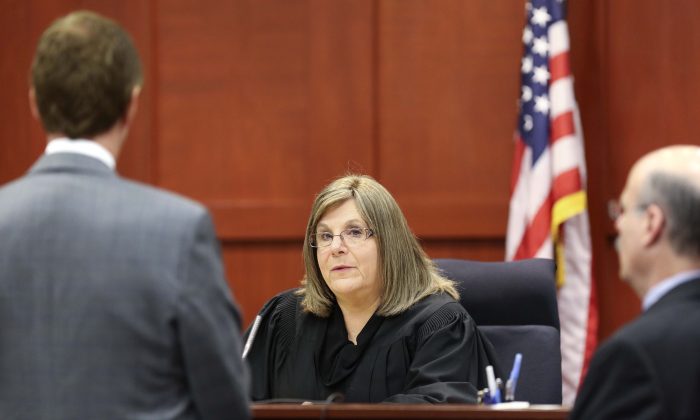 Who Should Pick the Judges?

Winston Churchill famously remarked that democracy is the worst form of government, except for all the others. He was right. Yes, the process of elections is imperfect, and it occasionally produces bad results, but the alternative isn’t perfection—it’s something worse. The same holds true for judicial elections.

In Texas, voters choose judges—from the lowest justice of the peace to members of the Texas Supreme Court—in partisan elections, and have done so since 1851. This means that judges periodically have to campaign for re-election, raise money, and appear on the ballot. Like other elected officials, they rely on the informed judgment of the voters to keep them in office.

This system is enshrined in the Texas Constitution (Article 5) and seems to work reasonably well. The American Tort Reform Association rates state court systems based on fairness, balance, predictability, and the reasonableness with which civil cases are handled. California regularly receives poor marks, and for two years in a row has been rated a “Judicial Hell Hole.” Texas, by contrast, is consistently hailed by business groups and CEOs for having one of the nation’s best business climates, ranking first in most surveys.

Yet critics sometimes allege that Texas’s approach is “broken,” contending that the state would be better off with a system of “merit selection” similar to that used in California. In lieu of partisan elections, merit selection puts a group of “experts” in charge of evaluating whether judicial candidates are qualified for appointment to the bench and then (depending on the system), at election time, recommending to voters whether to retain or reject them.

Some critics believe that it’s unseemly and burdensome to require judges to raise money and campaign. They argue that judges should not be perceived as partisan, and that soliciting contributions can undermine the perception of judicial independence and impartiality. Statewide races are expensive. Numerous judges sometimes appear on the ballot, and the typical voter doesn’t always know for whom to vote. Some voters end up selecting candidates based only on their name or party affiliation.

The Price of Self-Government

These charges all have some merit, but they don’t prove that judicial elections are fatally flawed. In fact, many of these defects are inherent in the democratic election of public servants; they are the price of self-government.

Legislators and statewide elected officials have to campaign and raise substantial amounts of money, while preserving the appearance of fairness. Numerous local officials and governing bodies, from city councils and school boards to water districts—not to mention bond measures, propositions, and the like—appear on the ballot. Voters are expected to make informed choices on Election Day. Indifferent or uninformed citizens often fail to register, or stay home, or skip particular races.

No one suggests that we ought to abandon all elections and turn them over to “experts” to decide. So why all the angst about judicial elections?

The debate over judicial selection versus judicial election has been going on since the early years of the American republic. About 20 states choose judges in partisan or nonpartisan elections. In approximately 12 states, the governor or the legislature unilaterally appoints judges. In the remaining states, judges are selected through various processes, including initial merit selection followed by retention elections.

Critics of partisan judicial election, such as Wallace Jefferson, former chief justice of the Texas Supreme Court, focus on the negative aspects of modern electioneering without considering the benefits. Elections are a two-sided coin. They can create burdens (and sometimes indignities) for candidates. But they can also empower voters to choose the public servants they want or get rid of those they feel aren’t acting in their best interests. This is the essence of democracy.

Judges sometimes forget—perhaps because they wear black robes, wield a gavel, sit behind an elevated bench, and are called Your Honor—that they are just public servants, no different than legislators or governors. We want judges to be “independent,” but we also want them to be accountable if (for example) they abuse their authority. Judges sometimes deserve to be voted off the bench, and the knowledge that they will face voters can motivate them to perform their duties with diligence and integrity. Campaigning can also connect judges with the public they serve and provide some needed humility.

At least in theory, the advantage of merit selection, such as Missouri’s so-called Missouri Plan, which is also used in California and about a dozen other states, is that a neutral panel of “experts”—usually lawyers—is better-equipped than uninformed voters (or partisan elected officials) to determine who is qualified for a judicial appointment. By insulating the appointment process from the influence of politics, the thinking goes, judges will be selected strictly on merit, and subsequent retention elections won’t be “tainted” by campaign contributions.

In reality, though, merit selection is usually controlled by the organized bar. Lawyers as a group are not representative of the general population, and lawyers active in the state bar (or the ABA) tend to be particularly partisan and ideological. (The policy positions adopted by the House of Delegates of the ABA, for example, are indistinguishable from those of the ACLU, and are far left-of-center of mainstream public opinion.)

Merit-selection panels, such as the Judicial Nominees Evaluation (JNE) Commission in California, tend to become captured by special-interest groups (such as plaintiffs’ lawyers, LGBT supporters, liberal political activists, and so on), who use the evaluation function to black-ball judicial candidates who don’t share their views—such as conservative lawyers or proponents of civil-justice reform. Since its inception in 1980, the JNE Commission has rated “not qualified” (and thereby effectively vetoed) a significant percentage of all candidates submitted for consideration (who were presumably vetted by the governor). Rejection rates were up to 25 percent under Republican governors.

In a notorious 1996 incident, the JNE Commission rated Janice Rogers Brown (then an associate justice on the California Court of Appeal and now a highly regarded judge on the U.S. Court of Appeals for the D.C. Circuit) “not qualified” when Republican Gov. Pete Wilson was considering her for the California Supreme Court. In a rare display of defiance, Wilson appointed Brown despite JNE’s politically motivated rating. Another instance of bias occurred in Missouri in 2004, when the lawyer-run merit commission tried to foil Republican Gov. Matt Blunt’s appointment of a conservative jurist to the state Supreme Court.

In short, judicial elections aren’t perfect. Merit selection, however, does not remove politics from judicial selection; it simply takes control from the voters and puts it in the hands of politically active lawyers, while reducing transparency. In California, merit selection has contributed to the creation of the nation’s top “Judicial Hell Hole.” Texas, on the other hand, is doing just fine with judicial elections. The state should resist efforts to change a system that works.Mark Pulliam, writing from Austin, Texas, practiced law for 30 years in California. This article originally appeared on the Manhattan Institute’s City Journal website.