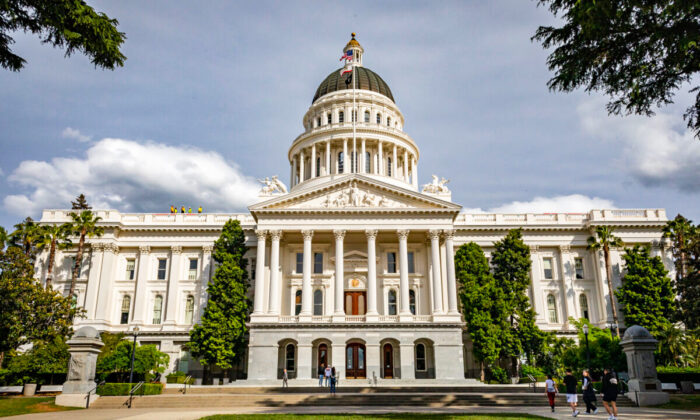 Who Owns the California State Legislature?

There is only one answer to this question: Public sector unions. Anyone who argues otherwise is either misinformed or has a personal or professional motivation to delude themselves and others.

Before offering evidence of the financial power of public sector unions, consider the power these unions wield that is not explicitly financial. These unions operate the machinery of government, with everything that implies.

Public sector union members staff the countless local, regional, and state bureaucracies that businesses depend on to obtain building permits and business permits. Among the functions of these bureaucracies is the power to enforce regulations, review mandatory reports from businesses, and conduct inspections. It only takes a few union zealots within these bureaucracies to decide to target any business that contributes to a politician or a cause that the union opposes.

The teachers union influences—many would say they control—what is taught in public schools. This means their political ideology and political agenda is marketed to children from kindergarten all the way through 12th grade and into public colleges and universities. Throughout their childhood and youth, California’s public school students are indoctrinated to support public sector unions and the political agenda they promote.

Make no mistake about the nature of the public sector union political agenda; it is inherently leftist. The bigger and more intrusive government becomes, the more unionized government workers are hired, and the more membership dues these unions collect.

The union influence is perennial. Politicians may oversee the administrative apparatus of government, but politicians come and go. If a politician opposes public sector union policies, they are targeted for defeat in the next election. By the time a politician has learned how things are run in Sacramento, they are termed out. But the union leadership remains intact.

Which brings us to the financial clout these unions wield. A study conducted a few years ago by the California Policy Center found that public sector unions collect and spend nearly $1.0 billion per year. About one-third of that money is used explicitly for political campaigns at all levels of state and local government, which is over $600 million to spread around every two-year election cycle. That’s a lot, even in a state as big as California. And on top of that $600 million, additional funds are spent on lobbying, get-out-the-vote efforts, and massive public education campaigns that don’t qualify as reportable political advocacy but invariably carry a message and a goal.

Public sector unions in California are also overwhelmingly partisan, and this may be one of the root causes of California becoming a one-party state. The respected nonpartisan political news website Cal Matters recently published two articles, one covering “interesting” races this November for the State Assembly, and one covering races for the State Senate. What they did not cover, however, was the role of union money in supporting Democrats.

For example, they covered 13 Assembly races. For the most part, they chose the races that are considered competitive. Of those 13 “competitive” races, four were between two Democrats, and one was between two Republicans. That leaves eight close Assembly races this November where a candidate from each major party is pitted against the other.

It is a relatively easy, if tedious, exercise to view who the donors are to these candidates. On the California Secretary of State website there is a database, updated every few months, that shows campaign donations by candidate. From a review of the races in the eight competitive Assembly Districts identified by Cal Matters—7, 22, 27, 40, 47, 70, 74, and 76—it was clear that public sector unions are heavily biased in favor of supporting Democratic candidates. The data is unambiguous.

Simply by sorting the contributions by amounts, using spreadsheets that can be downloaded from the California Secretary of State’s website, of the top 20 contributors for each candidate, the Democratic candidates got almost all of the union money. For example, when totaling the 20 top contributions to each of these eight Democratic candidates, you have a total of 160 donations. For those Democrats, 108 of the donations, or 68 percent, were from unions, almost all of them public sector unions.

Pilar Schiavo, running as a Democrat in the 40th Assembly District, received all 20 of her top 20 donations from unions. The Democrat getting the fewest donations from unions was Ken Cooley with seven union donations in his top 20, but another five of his top 20 were from the California Democratic Party. In most all cases, not only was union money heavily represented in their top 20 donations, but those donations were the biggest donations, appearing at the top of the list. Esmeralda Soria, for example, running for the 27th Assembly District, only got 9 of her top 20 from unions, but they were the top nine.

When it comes to union campaign support, Republican Assembly Candidates don’t do nearly as well. In the same eight races, they got a grand total of 6 donations in their top 20, or slightly less than 4 percent. Of those 6, there were 4 going to one candidate, Juan Alanis, the GOP candidate running in the 22nd Assembly District.

The story in the California Senate elections is the same. Cal Matters identified eight interesting Senate races. Half of them feature a Democrat running against another Democrat. Of the other four, with 80 top 20 donor slots to gauge, the unions filled 40 of them. For the four Republican candidates, only four of the 80 top 20 donations came from unions, just 5 percent, and all 4 went to Roger Niello, a veteran politician who is taking money from prison guard and police unions.

In general, the Democrats got donations from public sector unions, other Democratic campaigns, the Democratic party, and big individual contributors—certain individual names popped up repeatedly. The Republicans, on the other hand, had fewer individuals making big contributions, less party money, and instead took money from business interests.

One might hope that money from business interests would counteract unions. It doesn’t. Business money goes to incumbents regardless of their party. Serious money from business only surfaces when they face an existential threat, such as the Uber and Lyft fight against AB 5, the independent contractor legislation. But in that case, these businesses didn’t try to correct the flaws in AB 5 for everyone victimized by it, but only sought to carve out an exception for themselves.

In reviewing donations in these races featured by Cal Matters, businesses under threat, such as California’s overregulated and water-starved agriculture industry, were supporting candidates they thought might help them survive. But businesses in California have not unified to challenge public sector union power, and in most cases have in fact forged a symbiotic détente with them.

When poring over a lot of data, usually if there’s a pattern, it becomes obvious. The trope frequently heard from unions is that they protect Californians from predatory businesses and wealthy “dark money.” But the reality is different. The perpetual flow of union money, sourced from the paychecks of public employees, is not matched by a perpetual flow from any opposing source.

Candidates that want to challenge the political agenda of unions have to raise their money one donation at a time. It has to be made voluntarily, once, then in the next cycle they start again from scratch. They have to convince big donors over and over that they can win, that the donor will not be alone and get targeted, and that they’ll actually be able to do anything, anyway, in a legislature that is dominated by union-controlled politicians.

When it comes to getting elected to the California State Legislature, with rare exceptions, if you have union support, you win, and if you don’t, you lose.