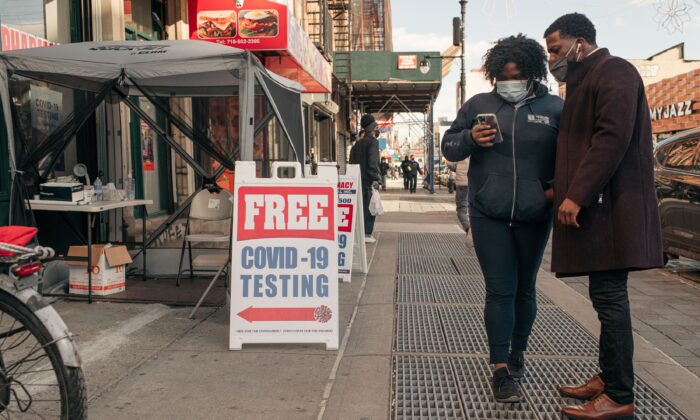 WHO: ‘No Indication’ New Omicron Variant More Severe Than Original

Officials with the World Health Organization (WHO) say there’s no indication that the COVID-19 Omicron subvariant BA.2 is more severe than Omicron’s original strain.

“There’s no indication that there’s a change in severity,” Maria Van Kerkhove, WHO technical lead for the CCP virus, said during a news briefing on Feb. 1.

BA.2, which was discovered in January by UK researchers, has seen a “slight increase in growth rate” over the initial Omicron variant, she said.

“Beyond that, the data is really quite limited,” the official said. “Most of the research that is available is on the subvariant BA.1.” She said BA.2, like the original strain, is a “variant of concern,” referring to WHO’s designation and its controversial naming of the CCP virus variant in November 2021.

“We need people to be aware that this virus is continuing to circulate and it’s continuing to evolve,” Van Kerkhove said, adding that vaccines prevent severe disease and hospitalization. Data from different countries show that fully vaccinated and boosted people appear to easily contract Omicron.

“There is no evidence that the BA.2 variant causes more disease, but it must be more contagious,” Heunicke said.

In mid-January, the UK Health Security Agency designated BA.2 a variant under investigation and said it may have a growth advantage over BA.1. The subvariant has been reported by several U.S. state health agencies around the country.

BA.2 cases have also been registered in Britain, Sweden, and Norway, but to a much lesser extent than in Denmark. Denmark last week announced plans to scrap the last of its COVID-19 restrictions by Feb. 1, the latest country in Europe to do so despite record-high daily infection numbers.

Danish researchers with the University of Copenhagen, the Technical University of Denmark, and Statens Serum Institut also discovered that the subvariant is more infectious than the original strain, according to research published on Jan. 31.

“We conclude that Omicron BA.2 is inherently substantially more transmissible than BA.1, and that it also possesses immune-evasive properties that further reduce the protective effect of vaccination against infection, but do not increase its transmissibility from vaccinated individuals with breakthrough infections,” states the preprint study, published on Medrxiv.org.