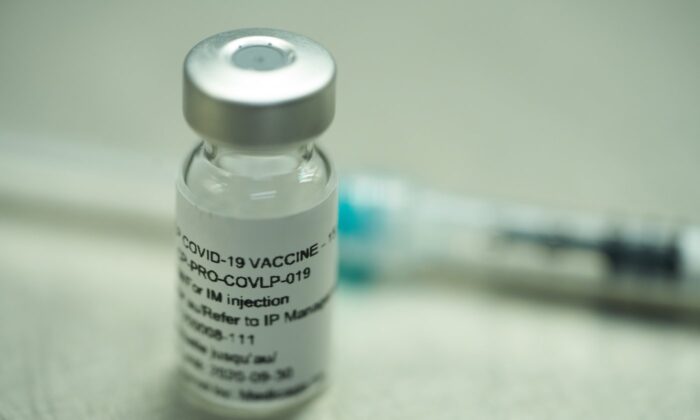 A vial of a plant-derived COVID-19 vaccine candidate, developed by Medicago, is shown in Quebec City on July 13, 2020. (The Canadian Press/HO, Medicago)
Canada

The World Health Organization says it is expecting to reject the COVID-19 vaccine candidate from Canada’s Medicago because of the company’s ties to big tobacco.

The Medicago Covifenz vaccine was authorized in Canada last month.

Dr. Mariângela Simão, WHO’s assistant director general for drug access, vaccines and pharmaceuticals, says the application for Covifenz to get an emergency-use licence is on hold.

She said the application will likely be denied because the organization has very strict policies about engaging with tobacco companies.

A spokesman for Medicago says the company has only been told the application is on pause and notes the decision is unrelated to the vaccine’s safety or effectiveness.

Canada has a contract to buy up to 76 million doses of Covifenz but its vaccine strategy is now relying solely on mRNA vaccines from Pfizer-BioNTech and Moderna.

If the WHO denies the application it would prevent Canada from donating any of its Medicago doses to COVAX.

On Thursday, Health Canada approved the use of Moderna’s COVID-19 vaccine for children between the ages of six and 11 years old.

The two-dose vaccine known as Spikevax had already been approved for those ages 12 and up.