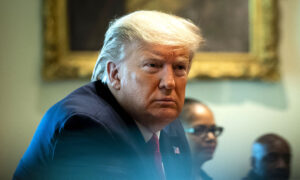 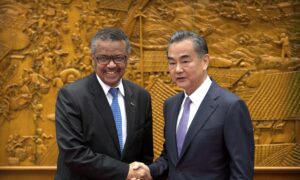 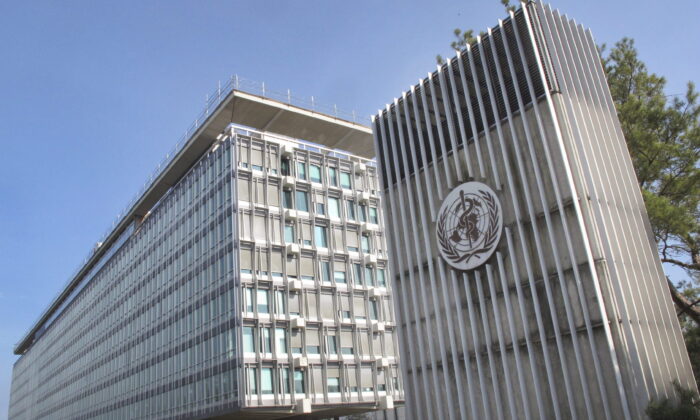 WHO Lost Credibility During COVID-19 Crisis: Pompeo and O’Brien

The Trump administration will redirect funds dedicated to aiding other countries in their combat with COVID-19 to organizations other than the World Health Organization (WHO) after it lost its credibility for failing to properly alert the world about a possible health emergency caused by the spread of the CCP (Chinese Communist Party) virus, commonly known as novel coronavirus.

“We spend almost half a billion dollars with the WHO,” said Robert O’Brien, the national security adviser to President Donald Trump in an interview with NPR.

“China, which controls the WHO, unfortunately—the WHO has become a bit of a propaganda tool for the Chinese—spends about $40 million. At least that’s what they spend with the organization openly. How they may spend other money to influence the organization—that’s something we’re investigating very carefully,” O’Brien continued.

“We just do not know, that is something we are investigating,” whether the Chinese money helped to influence WHO and its medical and health judgments, O’Brien said, “There is obviously a lot of corruption in international organizations, and we are going to take a close look at that issue.”

If the president can’t get “the reforms necessary” at WHO, the administration will instead give the money directly to non-profit organizations like the Red Cross, Doctors Without Borders, or others, he said. “They’re actually helping people, COVID-19 patients, and they’re helping to stop the spread of the virus,” O’Brien added.

President Donald Trump suspended funding to the World Health Organization earlier this month because the organization failed to investigate credible reports conflicting with the official Chinese narrative about the CCP virus spread, thus leading to a broader outbreak of the virus than otherwise would have occurred. While the funding is paused, the WHO’s response to the COVID-19 outbreak is under review by the Trump administration, which is expected to take 60-90 days.

However, money that has already been given to WHO will not be taken back; only new funding has been paused, explained John Barsa, acting administrator of the U.S. Agency for International Development (USAID) at a briefing on March 22.

Since the “pandemic cannot wait for the review,” the United States will continue assisting other countries around the world. Again, USAID will select the best channel depending on the circumstances and may use various international organizations, non-profit organizations, faith-based organizations, or contractors, said Jim Richardson, the director of foreign assistance at the Department of State at the same briefing.

The WHO’s Failure to Respond to the Outbreak

After the first SARS outbreak in 2003, WHO rules on how countries should report public health threats were reformed on a U.S. led initiative, Secretary of State Mike Pompeo said at the same briefing. The new rules that went into effect in 2007 regulate in detail how each participating country must disclose information about health threats in its territory that could potentially compromise public health and pose a health emergency in other countries.

“We strongly believe that the Chinese Communist Party did not report the outbreak of the new coronavirus in a timely fashion to the World Health Organization,” Pompeo said, “Even after the CCP did notify the WHO of the coronavirus outbreak, China didn’t share all of the information it had.”

The Chinese communist regime “did not report sustained human-to-human transmission for a month until it was in every province inside of China,” Pompeo said, “it ordered a halt the testing of new samples, and it destroyed existing samples.” It also suppressed whistleblowers who tried to warn the world about the potential health threat, he said.

“The CCP still has not shared the virus sample from inside of China with the outside world, making it impossible to track the disease’s evolution,” Pompeo said.

The new rules give the head of the WHO authority to inform the public when a country-member fails to follow these rules, but it did not happen in the COVID-19 case.

The WHO has said that Chinese authorities first informed it about the outbreak on Dec. 31, 2019, but the WHO conveyed none of its information to the world that day.

The WHO also remained silent when the epidemic spread widely in Wuhan, and the Chinese regime silenced doctors and other whistleblowers that tried to warn the public about the outbreak.

The organization also delayed informing the world about the possible human-to-human transmission of the COVID-19 disease or infections among health care workers, allowing the CCP virus to spread internationally, and ignored findings from medical experts in Taiwan who conducted evaluations of the COVID-19 outbreak in Wuhan.

Statistical modeling, eyewitness accounts, and documents provided to The Epoch Times have shown that Chinese authorities concealed the true scale of the outbreak in Wuhan and other parts of China.