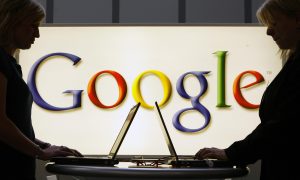 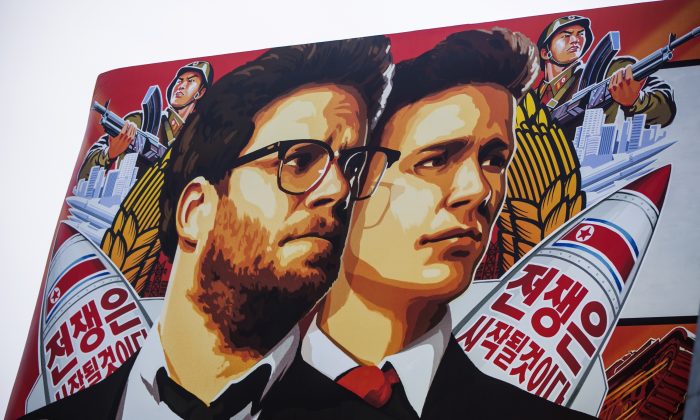 A banner for "The Interview"is posted outside Arclight Cinemas, Wednesday, Dec. 17, 2014, in the Hollywood section of Los Angeles. A U.S. official says North Korea perpetrated the unprecedented act of cyberwarfare against Sony Pictures that exposed tens of thousands of sensitive documents and escalated to threats of terrorist attacks that ultimately drove the studio to cancel all release plans for "The Interview." (AP Photo/Damian Dovarganes)
Tech

Who Is More Afraid of Hackers Google or Apple?

Google and Microsoft both took a stance against hackers when partnering up with Sony to release The Interview on Christmas Eve, something Apple wasn’t so eager to do. But for Google, this move might be a lot more important than simply making its voice heard when it comes to defending freedom of speech and angering hackers in the process, Reuters reveals.

Furthermore, the move shows that Google and Microsoft might be less scared of hacks than Apple is — the iPhone maker reportedly refused Sony’s request to list the movie on iTunes in a rush, even after the White House intervened.

According to Reuters, Google’s decision to show The Interview on YouTube might be a statement for the company

FROM EARLIER: This is why Microsoft and Google went ahead and released ‘The Interview’

According to Reuters, Google’s decision to show The Interview on YouTube might be a statement for the company, that the popular video sharing service can also be used for streaming movies and TV shows, and could become a worthy Netflix and Amazon Prime Video rival.

“The message from YouTube is really to other studios, that ‘Look, we’re in the big time now, we can do this, we’re not afraid (of hacks) and we have a massive audience,'” he added.

The same executive said that Apple might be afraid of the potential attacks, which might target services that make The Interview available for online streaming.

“If I were at Apple, I would think twice about re-inviting hacking troubles, which is so embarrassing especially when you’re about to get into personal health and Apple Pay.

You really want to show people you can preserve their information,” the analyst said. “In the case of Google, they have probably been attacked so many times that the threat of being attacked again is so modest or minor in their consideration that they didn’t think twice about this.”

However, that’s far from saying that Apple can’t protect its online services from intrusion. The company has a staggering number of customer accounts on hand, many containing payment information, which were not breached so far, although it’s likely that many have tried.

Furthermore, Apple has repeatedly stressed the importance of data security and privacy for customers, and has proudly discussed some of the steps it takes to protect them.