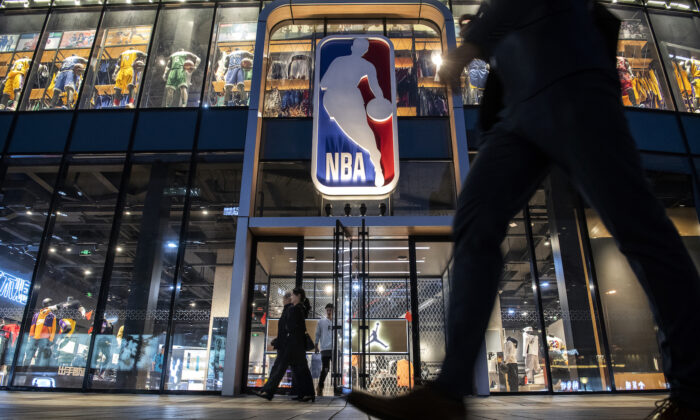 Who Doesn’t See the China Threat at This Point?

Daryl Morey had no idea the tweet he published on Oct. 4 would ignite a firestorm that continues to rage.

But that’s exactly what happened.

Morey is the general manager of the Houston Rockets, in one of the world’s most popular sports leagues: the National Basketball Association (NBA).

The tweet that Morey sent out into the social media world was simple. It contained none of his own typed words; it merely displayed an image:

That simple image, with the words “Fight For Freedom, Stand With Hong Kong,” ignited a firestorm and called attention to a dynamic that had been working quietly beneath the surface.

And that dynamic is how China has been positioning itself for economic and cultural dominance.

China presents a vast market that has many U.S. companies wishing for unrestricted access. The NBA is hardly alone in this regard. But few Western corporations have so solidly joined themselves at the hip with China the way the NBA has.

This is why the American people were treated to the startling sight of prominent NBA players and coaches stuttering and mumbling their way through interviews when asked to comment on China’s atrocious human rights record—something that has taken center stage again recently because of the Hong Kong democracy protests, as well as a video of hundreds of blindfolded Uyghurs being shipped off to a detention facility.

Another big corporation that ended up revealing troubling questions about itself was Blizzard Entertainment, the popular video gaming publisher that makes such games as Hearthstone and World of Warcraft, and is releasing the highly anticipated game “Call of Duty: Modern Warfare.”

Since then, the entire free world has had an eye-opening look at exactly how China intends to use its vast economic leverage outside its borders.

And what an ugly look it was.

The Chinese regime doesn’t have to explicitly demand that Western companies punish its critics for them. Many people who run these companies will leap to censor and oppress their own employees without waiting for the Chinese to demand it.

Many top companies are so determined to keep access to the Chinese market at all costs, they will enforce speech codes inside their own industry just as stringently as the Chinese regime would do themselves if the business were inside mainland China.

This certainly isn’t what we were told to expect when President Richard Nixon “opened” China back in 1972.

The popular theory that was sold for decades was that by engaging China and opening our doors to them, we were going to “democratize” them. Take a good look at what you have seen recently, as U.S. corporate interests bowed the knee to actual tyrants.

The exact opposite happened.

China is making full use of its financial clout to force Western corporations into acting like political extensions of itself.

As noted author and historian Victor Davis Hanson stated in a recent column for The Daily Signal:

“U.S. foreign policy toward China seemed to be based on the belief that the more China modernized and the more affluent its citizens became, the more inevitable Chinese political freedom would be.

“Supposedly, a free-market China would drop its communist past to become a Westernized democracy such as Japan, South Korea, or Taiwan. Once China fully joined the family of successful, law-abiding nations, it would empower Western freedoms and help create a stable international order.

“None of that came close to happening.”

China had accelerated its theft of military, digital, and IP technology during the Obama years. It was poised to take full advantage of the shift to 5G. And, on trade, China had been taking advantage of the United States for years.

President Donald Trump entered the White House in early 2017 faced with the difficult task of reversing years of political elites in the West allowing this kind of subversive activity. With U.S. politicians, corporations, and think tanks–many of whom have financial ties to China—resisting him every step of the way, Trump has been fighting to restore balance to the U.S.–China relationship.

And The Epoch Times has been playing an important role in warning how China has been positioning itself to take advantage of much of the West.

With the growing NBA and Blizzard scandals, a whole lot of people who had been unaware of how China is deliberately subverting U.S. institutions suddenly were treated to amazing spectacles of financially motivated cowardice in the face of tyranny.

China has been using its vast markets to leverage U.S. businesses into going along with Chinese political policy. The NBA has been shown to be voluntarily censoring its own employees, and also its fans—as recent videos of sign-grabbing incidents demonstrate—to keep the money flowing from China.

The fiasco of watching how the NBA reacted to one Houston Rockets executive making a single tweet in support of the Hong Kong protesters has opened a lot of eyes.

At a time when the Trump administration has been trying to call attention to the subterfuge and bad faith of the totalitarian regime in Beijing, Chinese authorities arrogantly have helped the White House make its case.

And so have the many Western corporations and institutions that have allowed themselves to be compromised by eagerly jumping into bed with the Chinese authorities. What has now become crystal clear is that access to the vast Chinese markets comes at a very steep price.