Whom Does WHO Care For? 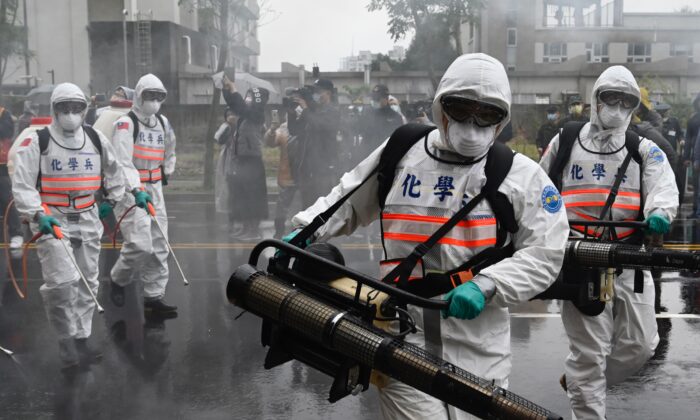 Soldiers from military chemical units take part in a drill organized by the New Taipei City government to prevent the spread of the COVID-19 coronavirus, in the Xindian District of New Taipei, Taiwan, on March 14, 2020. (Sam Yeh/AFP via Getty Images) 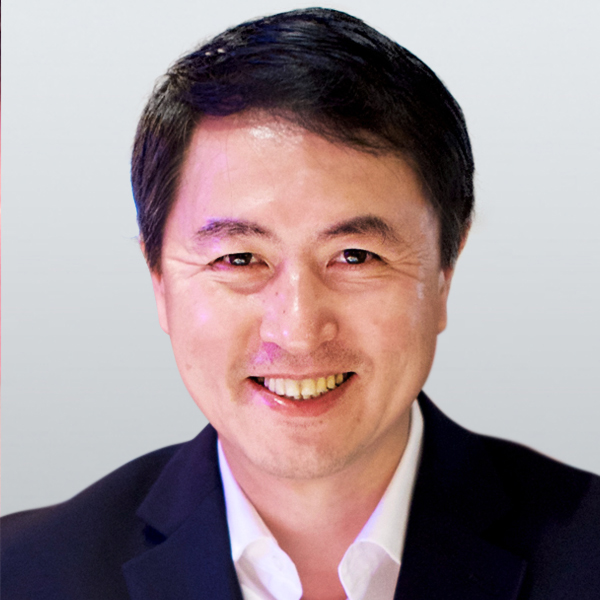 Nicknamed “Wuhan Health Organization” by Chinese netizens, the performance of the World Health Organization (WHO), along with its director-general, Dr. Tedros Adhanom Ghebreyesus, has been raising serious questions in terms of politicizing the institution through its unblushing effort to please Chinese communist leadership, while Beijing’s coverups of the Wuhan virus continue.

WHO already owns a dismal track record of failures in dealing with deadly epidemics over the years. For instance, in 2015, under the leadership of Beijing-backed Margaret Chan, WHO admitted that it was “ill-prepared” to handle the Ebola outbreak.

According to a Time article, WHO listed eight lessons it learned from the crisis, including “communicating more clearly what is needed,” and later, proposed nine remedies to do a better job in case of future outbreaks, such as setting up a “Global Health Emergency Workforce,” with a contingency fund.

Yet, this time, WHO’s failure isn’t all about its incompetence, but also includes its less-than-subtle effort to trumpet Beijing’s narratives in the current virus crisis.

There were worldwide criticisms of WHO’s echoing Beijing’s downplaying of the virus in early January. Health experts around the world have also been dismayed to see that, given the evidence of Beijing’s draconian control over information, including threatening medical whistleblowers with arrests, WHO’s chief would praise Beijing for “making us safer,” and would declare a global public health emergency only days after the lockdown of Wuhan, the epicenter of the outbreak, on Jan. 23.

By then, this deadly virus had already reached North America and Europe.

Fearing to offend Beijing, WHO danced around for days before finally naming the Wuhan virus “COVID-19.” The slow response by WHO to warn the rest of the world about this fatal disease has led to public outcry against Ghebreyesus. Within days, more than 456,000 people petitioned on Change.org for his resignation.

According to WHO’s website, China ranks 16th on the top 20 contributors chart, lagging far behind the United States, the leading donor even after the Trump administration’s proposal to slash $65 million funding for the organization. Beijing’s influence at WHO, however, is visible and dictating many critical areas.

One of the disturbing acts by WHO is its deceitful management of its website information on the Wuhan virus. For instance, its website initially stated in English: “The following measures ARE NOT effective against COVID-2019 and can be harmful: Smoking. Taking traditional herbal remedies. Wearing multiple masks. Taking self-medication such as antibiotics.”

Yet, the warning against people taking traditional herbal remedies as a measure is in the French/Arabic/Russian versions, but not in the Chinese one. Now, this caution in English is also removed.

WHO is apparently mindful of China’s state-run media campaigns promoting traditional Chinese herbal medicine to combat Wuhan virus—its subsequent secretive manipulation of information or perhaps misinformation on a pandemic is disheartening, unethical, and irresponsible, particularly for the affected patients and brave medical professionals on the front line around the world.

When Dr. Bruce Aylward, WHO’s assistant director-general, claimed that China’s handling of the Wuhan virus could be replicated, he was certainly overlooking, if not advocating, the system of an Orwellian society, in which rule of law, human rights, transparency, and press freedom are lacking.

When Aylward told the press, “If I had COVID-19, I’d want to be treated in China,” Chinese netizens immediately questioned on the internet his ignorance of the horrific realities in China’s quarantined facilities. One netizen even mockingly posted an invitation for this naïve Canadian to become a Wuhan resident right away.

The Wuhan virus, after all, was first detected by Chinese doctors in December 2019, but public disclosure, however, was held up by Beijing until Jan. 23. According to a newly released research report, “Censored Contagion” by the University of Toronto, Beijing has been engaging in censoring Wuhan virus-related content on social media platforms such as the popular WeChat and YY since December 2019, and continues to restrict information.

This includes references to Dr. Li Wenliang, the whistleblower who died from the Wuhan virus. Such information control may curb communication related to the virus and prevention, according to the report.

It’s irresponsible for WHO, global media, and governments around the world to use, without comment, data and statistics from Beijing, given its track record of falsifying numbers during the SARS epidemic and again in this Wuhan virus outbreak.

Western media, governments, and WHO seem to have given the data from Beijing credibility by citing it without question.

This international agency seems to focus on addressing the needs of the communist leaders in Beijing instead of the well-being of 1.3 billion Chinese, as well as 23.7 million people in Taiwan.

Over the years, mixing politics with public health isn’t unusual for WHO.

Despite rigorous efforts by many member states, Taiwan hasn’t been granted a seat at WHO—this denial prevents Taiwan from gaining access to the organization’s data and resources. This blackout was especially crucial during the SARS crisis in 2003 is again with the current virus outbreak.

In order to woo Taiwan to adopt “one country, two systems,” Beijing propaganda even describes the Taiwanese as “flesh and blood compatriots.” However, when Taiwan is in health crises such as SARS and the Wuhan virus, or when Taiwan tries to seek WHO membership, such blood bondage is nowhere to be seen.

According to Dr. Chen Chien-jen, a Johns Hopkins-trained epidemiologist and vice president of Taiwan, Taipei obtained SARS-related information from the United States in 2003, as Beijing refused to provide any assistance.

A Foreign Policy article noted that “some 60,000 flights carry 10 million passengers between Taiwan and China every year. Taiwan has an acute interest in protecting its own and the world’s welfare from this latest health threat. […] However, Taiwan was excluded from the WHO emergency meetings on the new coronavirus crisis.”

The report states: “China is increasingly using its economic, political, and institutional power to change the global governance system from within. […] International organizations thus have become an arena for ideological contestation, in which Beijing’s goal is to make authoritarian rule seem as legitimate as democratic government.”

As a self-governing democracy, Taiwan sits just 81 miles away from mainland China. If anything, Beijing’s blocking of Taiwan’s effort to become a member of WHO during the SARS outbreak has taught the island nation to build up its public health infrastructure in anticipation of the next crisis.

At the same time, Taiwan has decided to reject the mainland communist regime. President Tsai Ing-wen received a historic number of votes in the recent presidential elections—demonstrating the public’s strong will to maintain autonomy from mainland China, thereby rejecting the Beijing-backed candidate, as well as the regime’s proposal of “one country, two systems.”

With more than 850,000 Taiwanese living in mainland China and another 400,000 working there, Taiwan received some 2.7 million mainland Chinese visitors last year, making the island perhaps the most vulnerable place for the Wuhan virus outbreak.

Yet, Taiwan’s transparency, quarantines, social distancing, surveillance steps, use of big data, and an effective Central Command have proven to be critical factors in helping contain this fatal disease to only 77 confirmed cases as of March 17, according to an article in Stanford Health Policy on March 3.

The most significant step, as observed by many health experts, was the Taiwan government’s quick decision to impose travel bans with mainland China and Hong Kong before the epidemic could have a chance to spread.

On the other hand, South Korea, Japan, Italy, and Iran were slow, or refused, to suspend flights and have suffered dearly in the coronavirus outbreak. Perhaps it’s no coincidence that the Wuhan virus seems to have hit hardest in those countries that have aligned with China’s geopolitical and economic interests.

While South Korea and Japan enjoy a similarly high health care standard as Taiwan, both, unlike Taiwan, have been eager in seeking closer economic and diplomatic ties with the communist Middle Kingdom.

Many South Korean and Japanese corporations are working in partnership with Beijing, making them become ever more dependent upon China. Many South Koreans, seeing the nation’s growing ties with China, are now petitioning to impeach President Moon Jae-in over his pro-Beijing stand, calling him “Chinese Chairman Moon.”

Italy happens to be the first (and only) G-7 country to be part of Beijing’s Belt and Road Initiative (BRI, also known as One Belt, One Road) and had its border wide-open to people from China, even after the Wuhan virus made its appearance in Europe.

According to an article published on The Guardian nine years ago, in Tuscany’s Prato alone, the number of Chinese residents had already reached more than 50,000 and made up more than 30 percent of the city’s population; 32 percent of children born in Prado’s main hospital had Chinese mothers.

It’s certainly unfortunate that China has delivered Italy a deadly virus ahead of the promised economic return from the BRI. Italy’s recent decision for a nationwide lockdown came a bit late, as noted by critics.

As Iran’s biggest trading partner, China has enormous influence over Iran’s economy and its foreign policy. Iran sides with China virtually on all issues at the United Nations and now has been hit hard with the Wuhan virus. Some top Iranian leaders are among its 7,000-plus coronavirus victims.

It’s sad that great ancient civilizations such as Iran and China are today governed by lawless dictatorships that care more about holding onto power than for the well-being of their people.

For centuries, many people in Asia have firmly held the timeless Buddhist belief of karmic retribution—this idea echoes in some aspects with the Christian tradition of “You reap what you sow.”

In hindsight, WHO’s denial of Taiwan’s membership might be a blessing in disguise as Taiwan has quickly responded on its own, free of WHO’s poor advice, which is based on political calculations.

As Shakespeare wisely wrote in “All’s Well That Ends Well,” “No legacy is so rich as honesty.”

Peter Zhang
Peter Zhang is a researcher on political economy in China and East Asia. He focuses on China’s trade, diplomacy, and human rights issues and is affiliated with the Global and International Studies at the University of Salamanca. Peter is a graduate of Harvard Kennedy School as a Mason fellow.