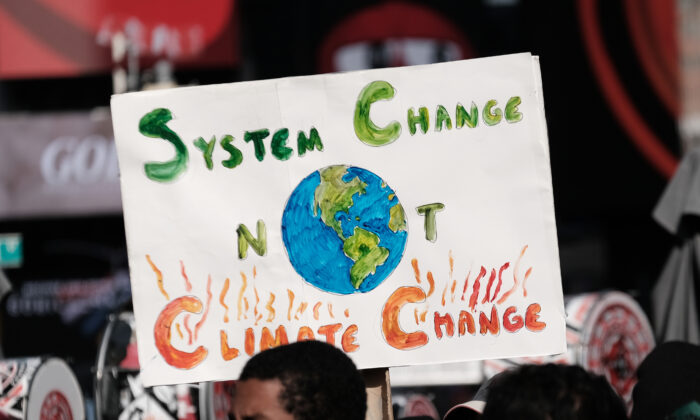 Who Are These Mysterious ‘Activists’ We Keep Hearing About?

Anonymous activists seem to be surfacing in news reports with ever-greater frequencies. Activists are involved in a wide array of issues, but having just written about the widespread adoption of ESG scores, I am struck by the repeated references to activists who are promoting ESG.

For example, The Wall Street Journal recently reported, “BlackRock’s offices around the world have been frequented by activists who blast the firm for being slow to act on green issues.”

BlackRock—the world’s largest asset manager overseeing some $7 trillion—is one of numerous large companies to have openly adopted the ESG paradigm after being pressured by activists. Who are these activists? How do they manage to be so persuasive? What makes them voices to be heeded?

To begin to answer these questions, I looked up the definition of “activist.” It’s very straightforward: “A person who campaigns to bring about social or political change.” That suggests that activists can be working for the attainment of conservative or progressive goals. At present, progressive activists appear to predominate. They certainly are more active when it comes to presenting shareholder proposals at the annual voting meetings of publicly traded corporations. According to RealClearInvestigations, progressive shareholder proposals outnumber conservative proposals by more than ten to one.

Let’s take a peek at those pushing ESG. Who are these nameless “activists” lurking in the background, mounting campaigns to change the way corporations operate? Are they independently wealthy, or is someone subsidizing their activism? Many seem to be academics or journalists. Some apparently are on the payroll of wealthy financial corporations that are positioning themselves to make a lot of money by allocating capital to promote the implementation of a particular political agenda. Others work for think tanks that are allies of various progressive politicians.

Perhaps the safest assumption one can make is that activists are people who can’t be bothered with working for or running wealth-producing businesses themselves. The real work of supplying our society with what people want and need would be too dull and mundane for them. These people want to create a better world, and their modus operandi is to tell businesses what they should be doing and how they should be doing it.

From their perspective (and I’m basing this assessment on my own experiences as a college student) they’re engaged in noble work. My perspective is less flattering. Personally, I have a lot more gratitude and respect for those who work day after day to provide helpful goods and services than I do for armchair quarterbacks who, despite a glaring lack of experience in business, presume to tell businesses how they should conduct business. I find activists’ pontificating presumptuous and not a little arrogant. They have anointed themselves as “experts” who come down from Mount Olympus to tell us lesser mortals how things should be done. No thank you.

The methods employed by activists are not particularly admirable either. Their tactics evoke images of bullying and extortion. Activists intimidate CEOs. Sometimes they organize protests. Other times they accuse CEOs or their companies of racism or discrimination or of ignoring environmental challenges. CEOs find it easier to cave to activists’ demands rather than try to resist. That’s because the court of public opinion is stacked against big businesses.

An activist can cite the racial or gender composition of a company’s board of directors or senior managers and show that the representation of various demographic subgroups doesn’t match the actual statistical distribution that exists in our overall society. Unthinking individuals, usually in thrall to some egalitarian ideology, take such superficial data as prima facie “proof” of racism, sexism, or whatever. These ideologues are unwilling to listen to a rational explanation that a particular company focused on hiring individuals on the basis of merit because they needed certain skillsets rather than filled quotas based on demographic criteria.

In the case of BlackRock, the company was convicted in the kangaroo court of public opinion for not being sufficiently anti-carbon. This totally ignored the fact that BlackRock’s legal duty and fiduciary responsibility is to invest in profitable companies, not to make political decisions about which industries should be favored or disfavored.

The ultimate goal of these activists is to hijack the corporation completely, essentially disenfranchising the majority of its legal owners (shareholders) in pursuit of various progressive goals. The progressive activists’ goal is always to move in the direction of top-down planning by elites on the grounds that they know better than the rest of us how an ideal society should be structured.

Activist reformers are nothing new, of course. Over the centuries, some of the West’s greatest thinkers have commented on the haughty spirit of zealous, self-important would-be planners and controllers.

The great moral philosopher Adam Smith wrote about them in “The Theory of Moral Sentiments” (1759): “The man of system … is apt to be very wise in his own conceit, and is often so enamoured with the supposed beauty of his own ideal plan of government, that he cannot suffer the smallest deviation from any part of it.  … He seems to imagine that he can arrange the different members of a great society with as much ease as the hand arranges the different pieces upon a chess-board.”

These political reformers manifest “the highest degree of arrogance.” Each one seeks “to erect his own judgment into the supreme standard of right and wrong.” He “fanc[ies] himself the only wise and worthy man in the commonwealth, and [believes] that his fellow-citizens should accommodate themselves to him.”

This attitude conduces to “the madness of fanaticism.” The more skillful manipulators manage to intoxicate others “with the imaginary beauty of this ideal system, of which they have no experience, but which has been represented to them in all the most dazzling colours in which the eloquence of their leaders could paint it.”

Writing in the mid-19th century, French economist Frederic Bastiat presented this astute analysis of socialist planners: “They divide mankind into two parts. People in general—with the exception of the writer himself—form the first group. The writer, all alone, forms the second and most important group. …

“The writers assume that people are inert matter, passive particles, motionless atoms … susceptible to being shaped—by the will and hand of [leaders]. ….

“These socialist writers look upon people in the same manner that the gardener views his trees. …

“Apparently, then, the legislators and the organizers have received from Heaven an intelligence and virtue that place them beyond and above mankind; if so, let them show their titles to this superiority.” (from “The Law,”)

William Graham Sumner, the late-19th century sociologist, averred in his book “What the Social Classes Owe to Each Other” that the various political schemes of social reformers “may always be reduced to this type—that A and B decide what C shall do for D.” In the present context, A and B are the activists and financial and political elitists who browbeat and legislate corporations into submission as part of a larger plan to devise their own centrally planned version of a “workers’ paradise” or “great society.”

Today’s progressive activists have the mentality described by Smith, Bastiat, and Sumner. They come down from the Olympian heights of their cushy sinecures to tell the rest of us what the world should be like and what businesses should do. They seek to undermine property rights and the independence of businesses in the pursuit of some centrally planned “better” society.

Unless you believe that Americans don’t deserve liberty and should be compelled to occupy their assigned places in some activist’s envisioned progressive utopia, you should push back against the arrogance of these self-serving wannabe central planners.