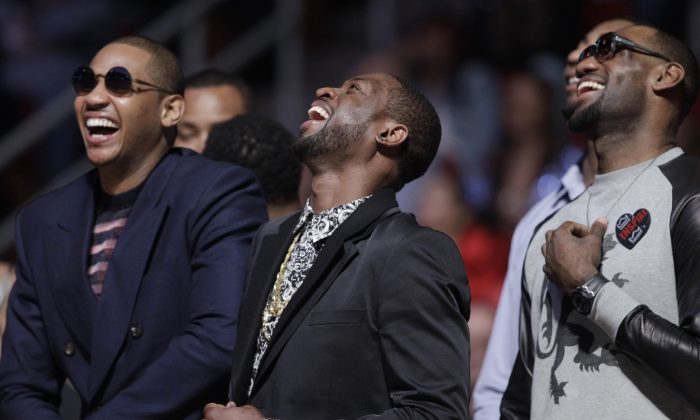 LeBron James Has Only Three ‘Very Good Friends’ in NBA

Cleveland Cavaliers star LeBron James surprised some by declaring in a recent interview that he only has three “very good” friends in the NBA. And none are on his current team.

There’s his former teammate Dwyane Wade, with whom he won two championships. There’s Carmelo Anthony, who was also drafted in 2003 and is around the same age. And there’s Chris Paul. All three are superstars, and basically on the top-tier with LeBron and just a handful of other NBA players.

“People get so infatuated with the best of friends, things of that nature,” James told Cleveland.com.

LeBron sat down with a reporter, as did Kyrie Irving, to talk about how they have progressed as teammates and how the Cavs have gotten hot after their rough start.

James and Irving say they now see the game in similar ways and that’s why they’re playing better together, and that they’re committed to working with Kevin Love.