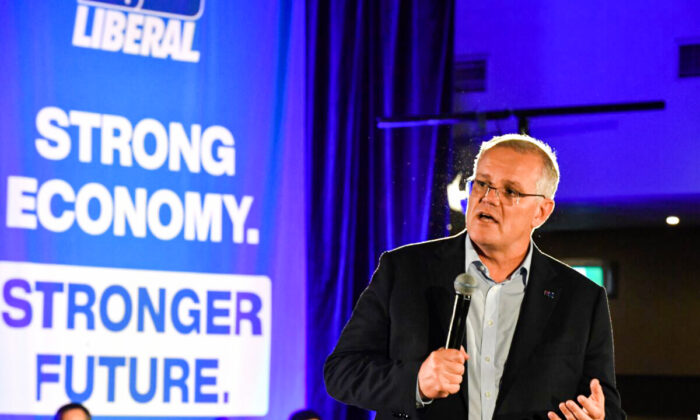 Who Are Australia’s Liberals?

The 1987 election was the first I took an interest in. Seeing two politicians of conviction, Bob Hawke and John Howard, lay out their vision for this country in a real contest of ideas and philosophies, I became “hooked” on politics.

As time went on, I realised that the centre-right Liberal Party had the ideals and policies that were best for Australia. Through John Howard’s triumph of 1996, his defeat in 2007, and the hope that came with the election of Tony Abbott, I knew what the Liberals stood for and how they were different from the centre-left Labor Party.

But now I’m not so sure. With the lack of centre-right product differentiation that is a hallmark of the Turnbull-Morrison Liberals, there are too many things the major parties either agree on, or they agree not to talk about.

The Liberals joined Labor in adopting “net-zero 2050,” thinking it might have been a necessary political gesture, yet seemingly ignoring that Australians have voted against the party promising the most drastic “climate action” at every electoral opportunity, notably in 2019.

Research from the Institute of Public Affairs shows 17 of the top 20 electorates with the highest proportion of jobs at risk from a “net-zero” emissions target are held by the Coalition, including six Nationals seats.

The other elephant in the room about net-zero—which dare not be pointed out by Prime Minister Scott Morrison or Opposition Leader Anthony Albanese—is that it is contingent upon technological breakthroughs, many of which are still in their infancy.

The Liberals’ traditional electoral appeal as prudent economic managers has also been abandoned. Yet, the record debt Prime Minister Morrison and Treasurer Josh Frydenberg have racked up isn’t the only fiscal problem.

Morrison says, “Labor wants to let rip on taxes.” But the Liberals would be in a much stronger position to prosecute that case against Labor if it weren’t for the fact that Australia’s personal and corporate tax rates are among the highest in the OECD. Moreover, Australia has an over-reliance on personal income tax over consumption taxes—at 41 percent.

According to the Australian Bureau of Statistics, in 1960, family businesses contributed 26 percent to Australia’s national income. That figure is now nine percent.

After three terms in government, the Coalition has done nothing to play to its traditional strengths. So why would it change tack in a fourth?

Unfortunately, the Australian political debate has never been more vacuous, moribund, and bereft of ideas. Both Morrison and Albanese are manifestly unwilling to talk about the issues that are so vital to our prosperity.

Neither is talking about the colossal debt Australia finds itself in or offering any credible plan to repay it. Nor do they mention the inflationary crisis into which we are sleepwalking. Neither is talking seriously about defence, national security, or energy independence—again, traditional Liberal strengths—which, given the war in Ukraine and China’s recent ban on the export of urea, should be a top priority.

And neither is talking about our fundamental freedoms—our inalienable rights to free speech, movement, assembly and work that have been heinously trashed over the past two years and which must be restored.

In fact, if you compare the Liberal party’s statement of beliefs to the actions of the Morrison government, it could be said that it is now very illiberal.

It was Scott Morrison who said, “free speech doesn’t create a single job.” But freedom is not, as Morrison seems to believe, something government owns and will “return” to us if we do as we are told. That leads to tyranny.

In 1974, our longest-serving prime minister, Sir Robert Menzies, wrote a letter to his daughter Heather, despairing about the party’s Victorian state executive. He observed it was: “dominated by what they now call ‘Liberals with a small ‘l’’—that is to say, Liberals who believe in nothing but who still believe in anything if they think it is worth a few votes. The whole thing is tragic.”

Two years earlier, in the 1972 election, disgusted with what the then-Liberals had become, Menzies cast his vote not for the party he founded and led for 22 years but for B.A. Santamaria’s Democratic Labour Party.

Some 50 years later, we may well ask the question: is history repeating itself? It isn’t hard to find evidence in support.

Just take a look at the absence of the word “Liberal” on Member for Wentworth Dave Sharma’s campaign posters. The problem is that when the Liberal Party moves closer to the Labor Party, it dismays its own best supporters without gaining any new ones.

The phenomenon of a lack of political choice is reflected in the growing support for minor parties. Many cannot, in good conscience, cast a vote for the “least unimpressive” alternative, let alone candidates who are seemingly ashamed of displaying the name of the party they represent.

Under Howard and Abbott, they had policies to unite the base around shared values of social conservatives and economic dries: lower taxes, smaller government, the reward for individual effort, defence of the family, and the importance of national sovereignty, the rule of law and, above all, individual liberty.

Menzies’ “forgotten people,” who he asserted were the “backbone of the nation” because they were “envied by those whose benefits are largely obtained by taxing them”, became “Howard’s battlers,” “Tony’s tradies” and dare I say it, the “quiet Australian.”

After eight years of Coalition government, the quiet Australians have reason to be very aggrieved. However, if the Liberals lose this election, it will be because they have forgotten what it means to be Liberals.