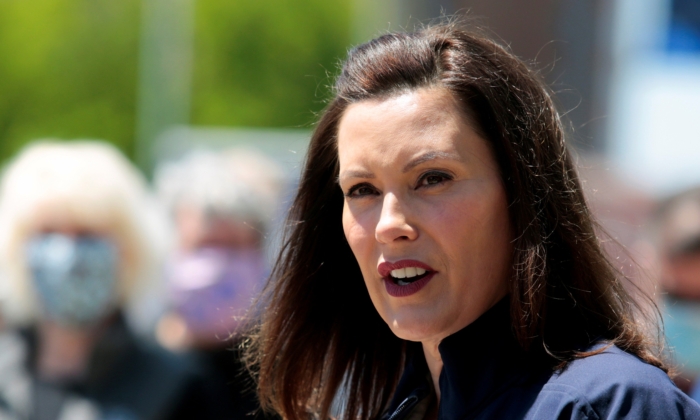 Attorneys for Michigan governor Gretchen Whitmer have asked a trial judge to excuse her from testifying in the lawsuit she brought to block county prosecutors from enforcing the state’s strict abortion law.

Whitmer, a first-term Democrat, is seeking reelection in November.

She has made the overturning of Roe v. Wade by the U.S. Supreme Court a central issue in her campaign, vowing publicly to “fight like hell” to keep access to abortion easy in Michigan.

In what her lawyers titled “Governor Gretchen Whitmer’s Emergency Motion to Quash Subpoena,” Whitmer provided a list of reasons why she should not be required to testify at an evidentiary court hearing in her own case.

The hearing, scheduled for Aug. 17, is to determine if the temporary restraining order Whitmer successfully sued to obtain can be replaced by a preliminary injunction to bar county prosecutors from enforcing the state’s abortion statute until the case is finally adjudicated.

The state’s law forbids doctors from performing an abortion except to save the life of the mother.

Whitmer has asked the Michigan Supreme Court to declare that abortion is a right guaranteed by the state constitution and that the current statute is unconstitutional.

Her motion to quash and its supporting brief was filed on Aug. 9, the day after the subpoena was issued.

It reads in part, “It is apparent that defendants’ subpoena of the governor is not necessary [or perhaps even meant] to aid this court in resolving the questions before it, and would only serve to detract from the governor’s performance of her duties, needlessly complicate the proceedings before this court, and improperly raise the level of spectacle surrounding this case.”

In the brief, Whitmer suggested the defendants call other state officials in the executive branch to testify.

Whitmer’s attorneys pointed out that she is currently scheduled to be in the Upper Peninsula for official business on the day of the hearing.

They also noted that “requiring the governor to personally appear in public at a specified and pre-announced time and location, as the subpoena contemplates, carries with it enhanced security risks …”

Whitmer’s brief also informed the judge that on the evening of Aug. 8, the governor tested positive for COVID-19.

Her attorneys expressed concerns about the extent of the demands on the governor’s time a personal appearance at the hearing may require, writing, “…because other parties will appear to testify, the governor cannot be certain when her testimony will begin and end.”

Attorney David Kallman, who represents two county prosecutors Whitmer is suing, told The Epoch Times in an Aug. 10 phone interview: “How is it that the governor was not too busy to file this case and promote it all over the media? How is it she doesn’t have an hour-and-a-half to testify in court?

“The court should not shield the governor from answering questions about the issues that form the very basis of the claims she is making in the case that she brought.

“We are entitled to question her. She should have to testify just like anybody else.”

Whitmer’s lawyers contend that, because she is suing on behalf of the people of the state of Michigan in her official capacity as governor, “there is no need or basis to require her personal testimony.”