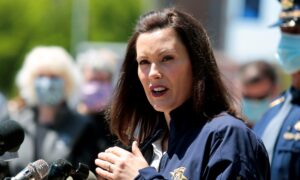 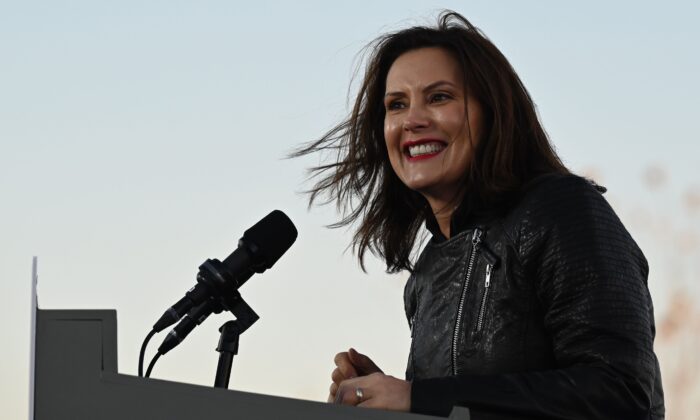 Michigan Gov. Gretchen Whitmer on Thursday announced that all statewide restrictions put in place to curb the transmission of COVID-19 would come to an end on June 22—more than a week ahead of schedule.

Pointing to an accelerated vaccination rate in the state and falling reported cases of COVID-19, the disease caused by the CCP (Chinese Communist Party) virus, the Democratic governor said that it’s time to “put this pandemic behind us.”

Effective Tuesday, both indoor and outdoor settings will increase to 100 percent capacity, and individuals will no longer be required to wear masks in the state, although individual businesses may still impose their own mandates, she said in a news release.

The state was originally supposed to fully reopen on July 1.

“Today is a day that we have all been looking forward to, as we can safely get back to normal day-to-day activities and put this pandemic behind us,” Whitmer said in a statement. “We owe a tremendous debt of gratitude to the medical experts and health professionals who stood on the front lines to keep us all safe. And we are incredibly thankful to all of the essential workers who kept our state moving.

“Thanks to the millions of Michiganders who rolled up their sleeves to get the safe, effective COVID-19 vaccine, we have been able to make these changes ahead of schedule,” she continued.

According to the state’s COVID-19 Vaccine Dashboard, more than 4.9 million Michigan residents aged 16 and above have received at least one shot of a COVID-19 vaccine, accounting for roughly 60 percent of the population in that age group. The state has a goal of vaccinating 70 percent of Michiganders 16 years and older.

Whitmer said that the state’s priority is now to reopen the economy.

“Our top priority going forward is utilizing the federal relief funding in a smart, sustainable way as we put Michigan back to work and jumpstart our economy,” she said. “We have a once-in-a-lifetime opportunity to ensure that Michigan’s families, small businesses, and communities emerge from this pandemic stronger than ever before.”

Prior to her announcement, in April, a petition in the state that sought to repeal a law that underpinned many of Whitmer’s COVID-19 executive orders collected sufficient valid signatures to proceed up the chain that leads to the state Legislature.

Michigan Republicans have argued that Whitmer’s lockdowns damaged the economy and the livelihood of residents.

Since the onset of the pandemic last year, Whitmer signed nearly 130 executive orders, imposing a bevy of restrictions that critics described as both onerous and arbitrary. The governor initially relied on a 1976 emergency powers law and later pivoted to an archaic 1945 Emergency Powers of Governor Act to undergird her actions. Whitmer repeatedly insisted that the measures were necessary to protect Michiganders from the COVID-19 outbreak.