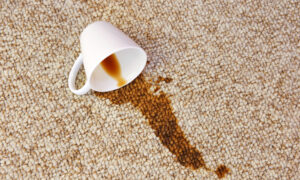 #WhiteOutDay Follows #BlackOutDay on Twitter: What Does it All Mean?

Two hashtags #WhiteOutDay and #BlackOutDay were both trending on Twitter on Friday, but what do they mean exactly?

#BlackOutDay is a social media campaign that aims to celebrate black beauty while fighting against negative stereotypes, according to ABC, citing YouTube personality Frenchesca Ramsey.

“We’re asking black people to share pictures, videos and GIFs of themselves to celebrate our people coming from all different walks of life,” Ramsey told ABC. “It’s a celebration of black beauty and our individuality.

“Unfortunately, in most popular media talking about black people and our bodies, it’s mostly of us breaking the law, being killed or mistreated,” Ramsey added. “So it’s nice to combat these negative images and stereotypes with positive representations of ourselves.”

It appears that #WhiteOutDay is an attempt to make fun of #BlackOutDay. However, some people weren’t so impressed.

To the white people who are actually posting selfies with the hashtag #WhiteOutDay , i apologize on their behalf.

Representation is important for personal growth. Fortunately, we have solid representation in every area, so #WhiteOutDay doesn’t make sense

The fact that #WhiteOutDay is trending along with #BlackOutDay is kind of like #YesAllMen happening with #YesAllWomen. YOU MISSED THE POINT.