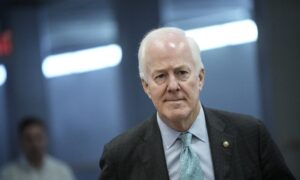 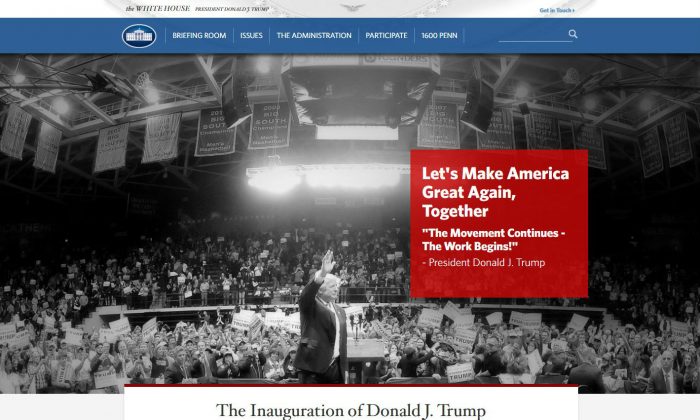 Pages on climate change, health care, and LGBT rights were wiped from its issues section after he took the oath of office.

Instead of a page on climate change, there was a page called, “An America First Energy Plan,” which doesn’t make any reference to climate change. “President Trump is committed to eliminating harmful and unnecessary policies such as the Climate Action Plan and the Waters of the U.S. rule,” it reads.

The page added: “Next, we will rebuild the American military. Our Navy has shrunk from more than 500 ships in 1991 to 275 in 2016. Our Air Force is roughly one third smaller than in 1991. President Trump is committed to reversing this trend, because he knows that our military dominance must be unquestioned.”

Another section is about “standing up” for law enforcement.

It notes that in 2015, the homicide rate in the fifty largest U.S. cities increased by 17 percent, which is the largest increase in 25 years.

“It’s official. Our 45th president has taken the oath of office & we couldn’t be more excited! Congratulations to @POTUS Trump,” the White House account tweeted, while the POTUS account tweeted on his Inauguration Day speech.