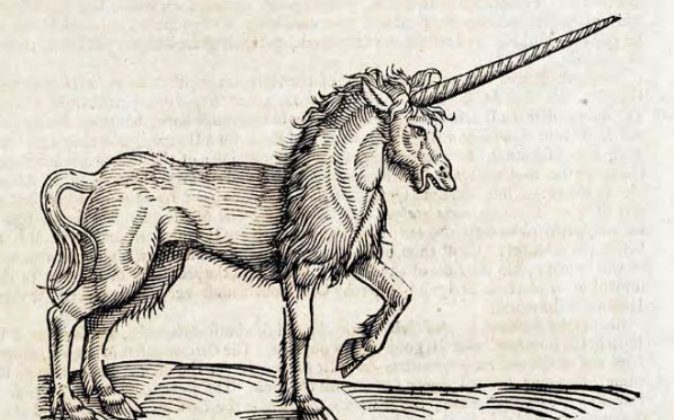 This woodcut is an illustration from the book The history of four-footed beasts and serpents by Edward Topsell. (Special Collections, University of Houston Libraries via Creative Commons)
US

White Pony Dressed Like a Unicorn Runs Off for Several Hours

A white pony wearing a unicorn horn was captured by police after it escaped and was on the run for several hours in California.

The pony, named “Juliette,” was tracked down by the California Highway Patrol (CHP) in the Central California town of Madera. The pony was dressed up like a unicorn for a child’s birthday party, but it ran off at around 5:30 p.m. local time, and it was reported by drivers on several different highways, NBC Los Angeles reported.

“The calls were coming in as a unicorn running around,” said CHP Officer Josh McConnell.

Officials were worried the nearly 500-pound animal might cause a car crash, so the CHP used a helicopter to take it in.

She was kind of running amok in some orchards with some white blooms.
— Sandra Boos, owner

“She was kind of running amok in some orchards with some white blooms,” said Sandra Boos, who owns the horse. “So, she kind of blended in with the scenery.”

“She turned out to be stealthier than we would have imagined.”

A CHP H40 helicopter crew used a heat-seeking radar locate the horse in an orchard, according to KCRA 3.

Tatum, the 5-year-old daughter of Boos, told Wish TV: “I love my pony. She likes apples and carrots.”

CBS Sacramento reported that a neighbor who owns a horse named “Shady” also joined in on the search.