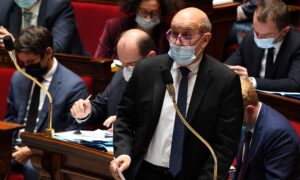 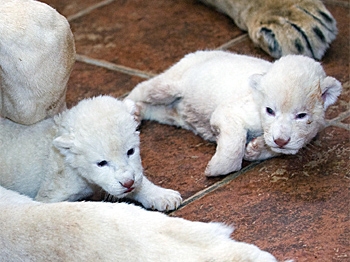 “Mother Masa is a white lioness while father is a ‘regular’ type lion”, Zoo Manager Vuk Bojovic said. White lions are peculiar for the Timbavati region of South Africa (in the ancient Shangaan language the name means "the place where something sacred came down to earth")

Science says that they neither represent a separate type of species, nor are albino animals, as they have white fur and golden eyes (albinos are red-eyed).

African people consider lions of this sort a living national treasure and attribute to them magical powers.

According to a research in 2004, there are only 40 of them left in the African wild.