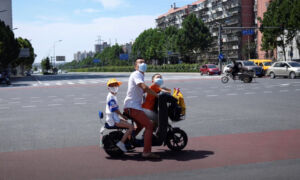 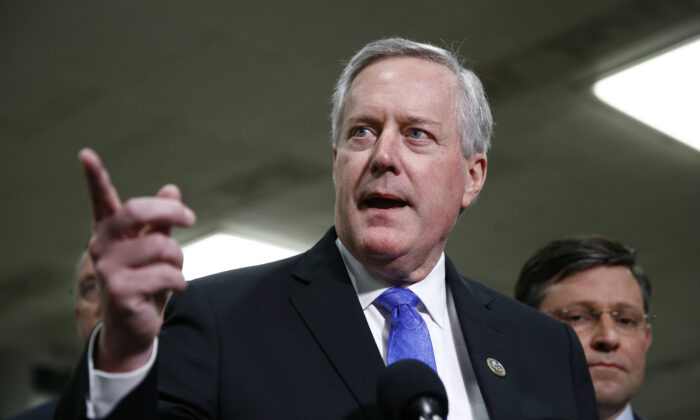 White House Warns: No Pandemic Relief Deal If Agreement Isn’t Made by Friday

White House chief of staff Mark Meadows on Wednesday warned there likely won’t be a COVID-19 relief package deal if the parties involved don’t come to an agreement on Friday.

“I think at this point we’re either going to get serious about negotiating and get an agreement in principle or I’ve become extremely doubtful that we’ll be able to make a deal if it goes well beyond Friday,” Meadows told reporters following another meeting with House Speaker Nancy Pelosi (D-Calif.), Senate Minority Leader Chuck Schumer (D-N.Y.), and Treasury Secretary Steven Mnuchin.

“We’ve been spending so much time together that if you’re not making progress, there’s no sense to continue,” he added, according to The Hill. The comments from Meadows might be an attempt to place more pressure on the parties involved in the talks.

Last week, Senate Republicans introduced the $1 trillion HEALS Act, while Democrats passed the $3 trillion HEROES Act. Contentious issues include whether to continue the $600-per-week unemployment benefits that were passed in March, provide $1 trillion in aid to state and local governments, liability protections, adding to the federal deficit, and more.

It comes as President Donald Trump has floated issuing executive orders on suspending payroll taxes and extending a moratorium on evictions that expired late last month.

“The president continues to look at executive action on a variety of issues that are affecting those who have economically been impacted by the COVID-19 virus. I don’t know I would put them necessarily on the timeline you outlined,” he said.

Trump on Wednesday morning told Fox News that “I may do it myself.”

Payroll taxes are shared by the employer as well as the employee. Each party responsible for a 6.2 percent levy that goes toward Social Security and a 1.45 percent tax payment for Medicare. Earlier this year, the Trump administration pushed back the due date of the 2019 federal income taxes from April 15 to July 15.