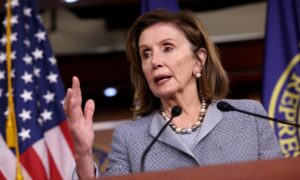 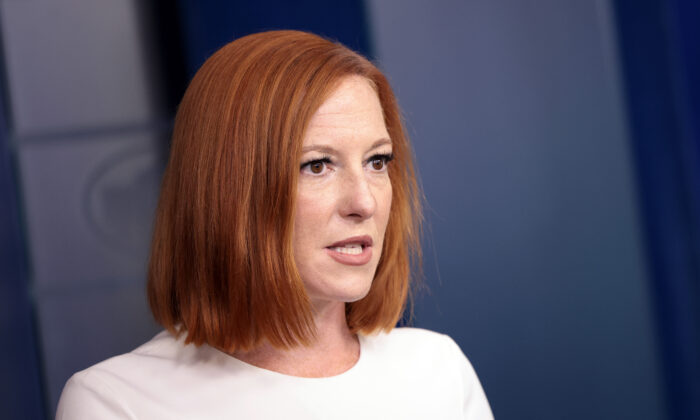 The Biden administration on Thursday started to tell federal agencies to start preparing for a potential government shutdown at the end of the month if Congress doesn’t pass a continuing resolution in time.

Speaking to reporters in the White House, press secretary Jen Psaki confirmed that the Office of Management and Budget (OMB) started issuing statements to various agencies that they are prepared to execute a shutdown in the coming days.

Psaki said the move is “consistent with longstanding practice across many administrations for OMB to simply remind agency senior staff of the need to review and update orderly shutdown plans,” adding that it “is not formal guidance being given, it’s just a reminder—we’re seven days out.”

While the OMB expects Congress to pass a bill to keep the government funded, agency spokesman Abdullah Hasan told news outlets that “in the meantime, prudent management requires that the government plan for the possibility of a lapse in funding.”

“Consistent with longstanding practice across multiple administrations, OMB is preparing for any contingency, and determinations about specific programs are being actively reviewed by agencies,” Hasan said, echoing comments made by Psaki. “More importantly, there is enough time for Congress to prevent a lapse in appropriations, and we are confident they will do so.”

Government shutdowns occur when Congress fails to pass funding legislation to finance the government, rarely lasting longer than a month. The previous government shutdown between 2018 and 2019 lasted 35 days, and before that, a shutdown lasted 16 days in 2013.

The Senate is expected to vote next week on a House-passed bill that will keep the government funded until early December and raise the debt ceiling. A number of Republican senators have balked at the proposal to suspend or raise the debt ceiling, arguing that Democrats will use the extra funding to pass multi-trillion-dollar spending packages.

Analysis and Treasury Secretary Janet Yellen have issued stark warnings about the debt ceiling, saying that a U.S. default would lead to widespread job losses and may trigger an economic recession. The United States could default as soon as mid-October, Yellen has warned Congress members.

“The U.S. has never defaulted. Not once,” Yellen wrote in a recent Wall Street Journal opinion article. “Doing so would likely precipitate a historic financial crisis that would compound the damage of the continuing public health emergency.”

“We will keep our government open by Sept. 30, which is our date, and continue the conversation about the debt ceiling, but not for long,” she told reporters Thursday. “We will have a [continuing resolution] that passes both houses by Sept. 30,” she said.

The speaker added that her caucus “put this bill together in a very bipartisan way and when we added the debt ceiling is when” the issue became partisan. “We don’t think it will really be any problem to pass the [spending] legislation,” Pelosi said.