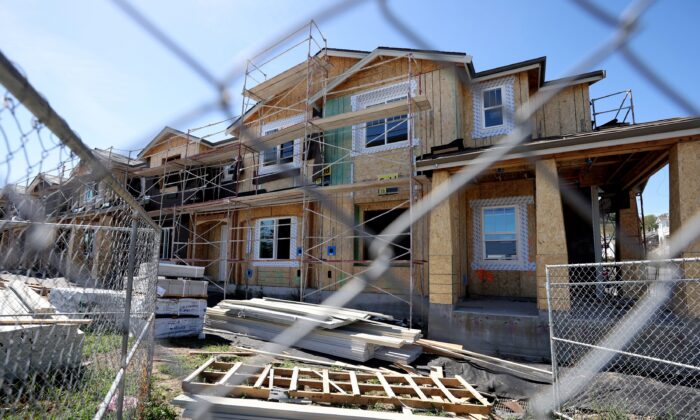 The White House has released a new plan aimed at increasing the housing supply in the United States.

Pillars of the plan include giving incentives to jurisdictions that allow more dense building, making it easier to build newly manufactured housing units and exploring ways to lower the cost of items crucial for constructing homes.

President Joe Biden wants to “help close America’s housing supply shortfall in 5 years, starting with the creation and preservation of hundreds of thousands of affordable housing units in the next three years,” the White House said in a statement.

“When aligned with other policies to reduce housing costs and ensure affordability, such as rental assistance and downpayment assistance, closing the gap will mean more affordable rents and more attainable homeownership for Americans in every community,” the statement reads.

Prospective home buyers have faced surging prices during the COVID-19 pandemic. Prices were up by nearly 20 percent in the year ending in February, according to the S&P CoreLogic Case-Shiller US National Home Price Index.

Real estate experts have spoken of a diminished supply and a strong appetite from buyers as driving prices up, in addition to the inflation crisis with which Biden has grappled.

As of March 2021, the annual supply of new units was running about 100,000 below demand, creating a bigger and bigger shortfall, Moody’s Analytics said in a report.

Biden vowed in a recent speech to make combating inflation his top priority, and the administration stated that the housing plan is part of that effort, saying that it will help reduce price pressures in the economy.

The plan drew some positive reviews, including from David Dworkin, president and CEO of the nonprofit National Housing Conference.

The plan’s prongs “represent the most comprehensive national housing policy we have seen in a generation,” Dworkin wrote in a blog post, praising the focus on incentivizing zoning changes to allow denser development.

Rep. Troy Carter (D-La.), a member of the House Committee on Transportation and Infrastructure, said the announcement was a major step “toward easing the burden of housing costs and bridging the gap in affordable housing.”

“The new Biden housing plan is intent on turning suburbs into dense areas like cities whether residents want that or not,” Dan Gainer, vice president of free speech America and business for the Media Research Center, wrote on Twitter.

The new plan comes after the administration announced in September 2021 its intention to help create nearly 100,000 new homes within three years.