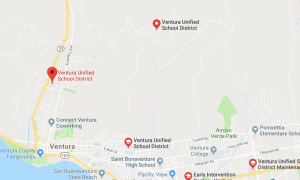 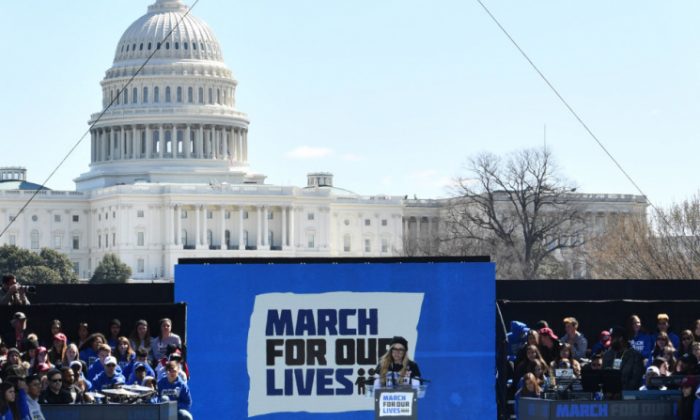 As thousands of students and parents rallied in Washington to demand stricter gun control laws, the White House sent out a message to applaud those who gathered for exercising their right to free speech, and underscored that keeping children safe is President Donald Trump’s top priority.

“We applaud the many courageous young Americans exercising their First Amendment rights today. Keeping our children safe is a top priority of the President’s, which is why he urged Congress to pass the Fix NICS and STOP School Violence Acts, and signed them into law,” said White House Deputy Press Secretary Lindsay Walters.

Walters also said that the Department of Justice issued a ban on bump stocks on Friday, March 23, “following through on the President’s commitment to ban devices that turn legal weapons into illegal machine guns.”

The gun-control debate reignited in the United States following the deadly shooting at Stoneman Douglas High School in Parkland, Florida. Students from the school on both sides of the debate have garnered national media attention.

In addition to banning bump stocks and pushing for the passage the Fix NICS and STOP School Violence Acts, Trump proposed a list of measured to keep schools safe. One prominent proposal seeks to arm properly trained teachers and pay them an annual bonus to carry weapons in school.

Organizers of the March for Our Lives protest want Congress, many of whose members are up for re-election in November, to ban the sale of assault weapons like the one used in the Florida rampage and to tighten background checks for gun buyers. On the other side of the debate, gun rights advocates cite constitutional guarantees of the right to bear arms.

On Friday, Trump signed a spending bill on Friday that includes a $1.2 billion grant for enhancing school safety. A provision in the bill also tightens background checks for weapons purchases.