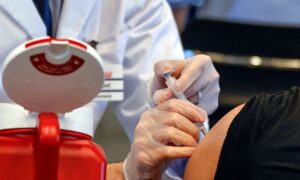 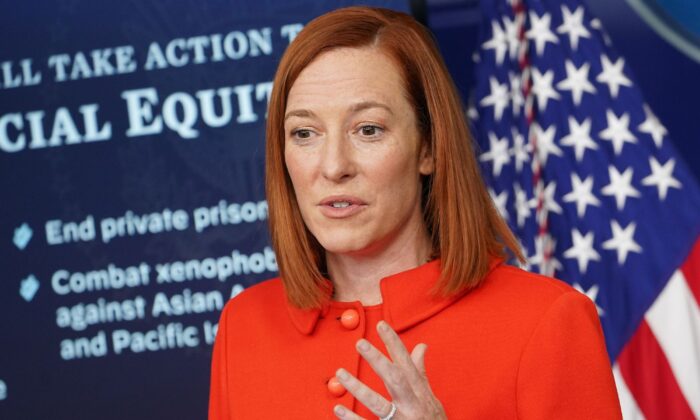 White House Press Secretary Jen Psaki speaks during the daily briefing in the Brady Briefing Room of the White House in Washington, on Jan. 26, 2021. (Mandel Ngan/AFP/Getty Images)
US News

Former President Donald Trump has not asked for an intelligence briefing, according to the White House, which said that intelligence officials will make a determination on whether he will receive them.

President Joe Biden “has deep trust in his own intelligence team to make a determination about how to provide intelligence information if at any point the former president requests a briefing,” press secretary Jen Psaki said of Biden during her daily briefing.

“That is not currently applicable, but if he should request a briefing, he leaves it to them to make a determination,” Psaki continued, referring to Trump.

David Priess, who briefed former President George H.W. Bush, told the Washington Post that ex-presidents receive intelligence briefings even though they are not in office, as they are considered representatives of the United States—namely by other world leaders. He noted that presidents may turn to their predecessors for advice.

Later in the briefing, Psaki said she wasn’t aware of Trump having requested an intelligence briefing and again referred to the Office of Director of National Intelligence for further questions.

Earlier in the month, Psaki stated that Trump’s access to intelligence briefings was under review.