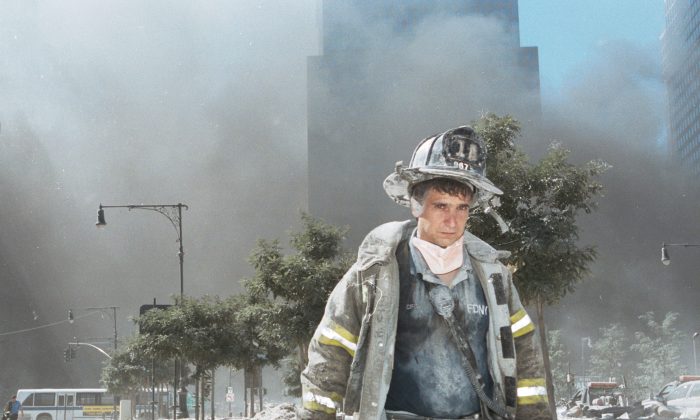 An unidentified New York City firefighter walks away from Ground Zero after the collapse of the Twin Towers in New York on Sept. 11, 2001. (Anthony Correia/Getty Images)
Politics

WASHINGTON—The White House says President Barack Obama is intent on vetoing legislation that would allow families of Sept. 11 victims to sue the government of Saudi Arabia.

The legislation gives victims’ families the right to sue in U.S. court for any role that elements of the Saudi government may have played in the 2001 attacks that killed nearly 3,000 people.

White House spokesman Josh Earnest says other countries could use the legislation as an excuse to haul U.S. diplomats or U.S. service members into court.

Earnest also says the executive branch can already designate certain countries as state sponsors of terrorism, and the bill would give judges across the country the ability to make a similar designation. He says that’s not an effective response to terrorism.