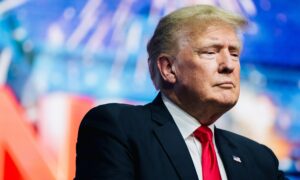 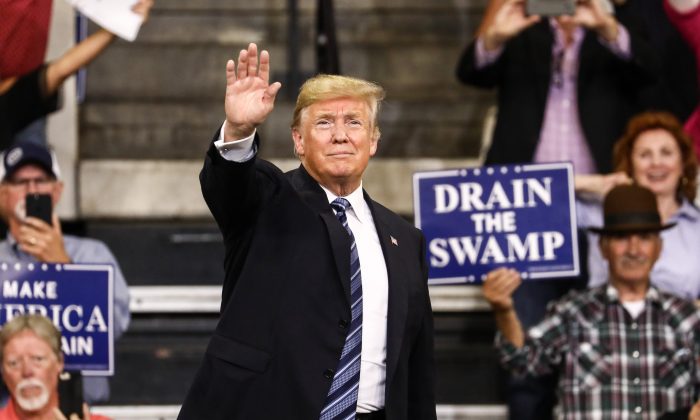 The White House authorized a new comprehensive biodefense strategy on Sept. 18, establishing a Cabinet-level committee tasked with defending the United States against biological threats and coordinating the efforts of 15 government agencies and the intelligence community.

President Donald Trump signed the strategy into action on Sept. 18 at the White House. The Department of Health and Human Services, which holds the bulk of the U.S. government’s expertise in biological threats, will be the lead agency.

While there have been at least three national biodefense strategies issued in the past two decades, the new strategy is the first to direct a government-wide survey of ongoing biodefense efforts to piece together a full picture and identify gaps, according to Health and Human Services Secretary Alex Azar.

The new strategy also is the first to address naturally occurring biological threats. Considering that naturally occurring epidemics have killed more of the world’s population than both world wars combined, Trump’s order may prove to be one of the most consequential of his presidency.

“Bio and chem is often referred to as the poor man’s nuclear weapon. So, they’re particularly attractive to terrorist groups that want to try and cause great damage to us here at home,” Bolton said.

The prior iterations of the biodefense strategy—issued in 2005, 2009, and 2012—didn’t create a framework for ongoing efforts to address national-security concerns on biological warfare. The new strategy directs the Biodefense Steering Committee to conduct an annual, government-wide biodefense assessment.

“It is really the first-ever holistic look across the government to see where are we acting, and where might there be any gaps in light of our awareness of threats, our preparedness needs, and our ability to respond,” Azar said.

Trump signed the strategy and a related national security presidential memorandum at the White House during a closed-door ceremony with senior administration officials. The signing coincided with the 17th anniversary of the anthrax attacks in Washington and elsewhere that killed five people and infected 17 others, and the centennial year of the 1918 Spanish flu, which killed 647,000 Americans.

“Biological threats emanate from many sources, and they know no borders.  They have great potential to disrupt the economy, exact a toll on human life, and tear at the very fabric of society.” Trump said in a statement.

“My administration is focused on strengthening our Nation’s defenses against the full range of threats to our health and security, including those of a biological nature,” the president added. “With these actions today, I am reaffirming my unwavering commitment to protecting the American people, the American homeland, and the American way of life.”

The threat of naturally occurring disease epidemics spreading across the world has been amplified in recent years as a result of faster travel, urbanization, habitat encroachment, and weak health systems, according to the National Biodefense Strategy (pdf). As a result, an infectious disease outbreak in a remote place across the globe poses a threat to the United States.

The strategy uses lessons learned during the anthrax attacks in 2001, the influenza pandemic in 2009, and the West Africa Ebola epidemic in 2014. The plan calls for cooperation from nations across the world, because epidemics can be thwarted if appropriate action is taken at the source.

“Domestic action alone is insufficient to protect America’s health and security,” the strategy states. “The rapid globalization of science and technology and the interconnectedness of travel and trade necessitate a strong biodefense enterprise that has global reach to effectively prevent, detect, and respond to biological incidents.”

National security officials are treating accidental outbreaks as threats as well. Poor biocontainment protocols in laboratories around the globe mean that an outbreak can occur if personnel become infected or if pathogens are accidentally released into the environment.

“The risks from biological threats cannot be reduced to zero–but they can and must be managed,” the strategy document concludes. “Wide-ranging threats require a comprehensive approach to minimizing the risks.”