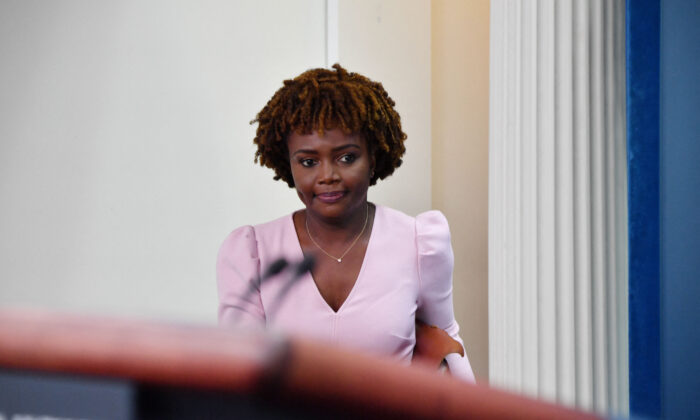 White House Reveals Salaries for All Its Employees

The White House this week revealed the salaries of all its employees, including the press secretary and the White House chief of staff.

The annual report (pdf) is being sent to Congress as it is legally required to disclose the salaries of its employees on a yearly basis. For 2022, the administration had 474 employees, which is down from 560 in 2021.

Former National Institutes of Health Director Francis Collins, who stepped down in December 2021, had a $300,000 salary as President Joe Biden’s acting science adviser. In this week’s disclosure, Collins appeared to be the top-paid official.

Twelve White House staffers make a salary of $48,000, which is the minimum figure other than zero. They include trip coordinators, research associates, and speechwriters.

At least 16 employees receive no salary at all, listed at $0. Those employees include Biden’s senior adviser for immigration, Ramzi Kassem, and an economic policy adviser, Justin Levitt.

Although it was not included in the disclosure, Biden makes the standard presidential salary of $400,000, which does not include $150,000 for additional expenses and travel expenses. Former President Donald Trump, a self-made billionaire businessman, earned zero dollars while he was in office.

Non-profit government watchdog Open The Books (OTB) noted that last year was the most expensive White House staff ever.

Fauci, the head of the National Institute of Allergy and Infectious Diseases and a senior COVID-19 adviser, was not listed in the White House’s recent disclosure to Congress.