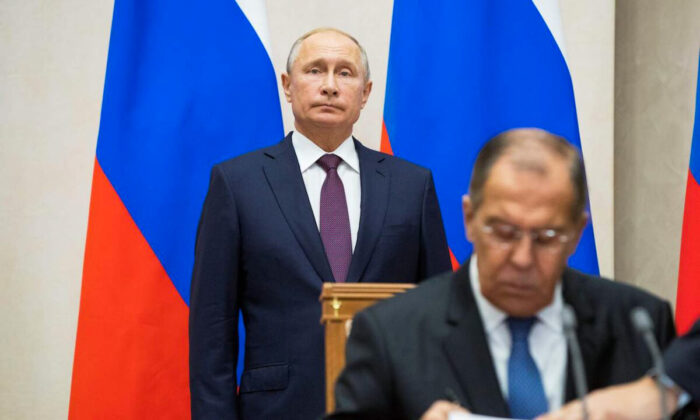 White House and NATO officials on Sunday responded to a statement issued by Russian President Vladimir Putin that he would activate his strategic deterrence forces, which includes his country’s nuclear arsenal.

“If you combine this rhetoric with what they’re doing on the ground in Ukraine, waging war against an independent sovereign nation, conducting a fully-fledged invasion of Ukraine, this adds to the seriousness of the situation,” NATO Secretary-General Jens Stoltenberg told CNN.

The secretary-general added: “That’s the reason why we both provide support to Ukraine, but also why we over the last weeks and months have significantly increased the presence of NATO in the eastern part” as “allies are now stepping up with more troops, more ships, more planes, and why we also have to realize that we are now faced with a new normal for our security.”

On Sunday morning, Putin said in a televised address with his top ministers that he would increase the readiness of his deterrence forces. The move, he said, was in response to European Union sanctions and economic penalties, including removing some Russian banks from the SWIFT banking information service.

“Top officials in leading NATO countries have allowed themselves to make aggressive comments about our country, therefore I hereby order the minister of Defense and the chief of the general staff [of the Russian Armed Forces] to place the Russian Army Deterrence Force on combat alert,” Putin said.

Later Sunday, Ukrainian officials said they would send a delegation to hold talks along the Ukraine-Belarus border.

“This is really a pattern that we’ve seen from President Putin through the course of this conflict, which is manufacturing threats that don’t exist in order to justify further aggression—and the global community and the American people should look at it through that prism,” White House press secretary Jen Psaki told ABC on Sunday, adding that the United States is prepared to send more economic, humanitarian, and defensive military aid.

“I would note that the sanctions that we announced yesterday put Russia on par with Iran, cutting them off from a banking system with the global community,” Psaki also remarked.

Earlier Sunday, the Ukrainian capital, Kyiv, was eerily quiet after huge explosions lit up the morning sky and authorities reported blasts at one of the airports. Only an occasional car appeared on a deserted main boulevard as a strict curfew kept people off the streets. Terrified residents instead hunkered down in homes, underground garages, and subway stations in anticipation of a full-scale Russian assault.

A Russian Defense Ministry spokesman, Maj. Gen. Igor Konashenkov, said Russian forces had blocked the cities of Kherson on the Black Sea and the port of Berdyansk on the Azov Sea.

He said the Russian forces also took control of an airbase near Kherson and the Azov Sea city of Henichesk. Ukrainian authorities also reported fighting near Odesa, Mykolaiv, and other areas.